U.S. corn beginning stocks for 2015-16 are -5.2% as increases in 2014-15 feed and residual use, use in ethanol production, and exports more than offset a small increase in imports.

For the EU it is expected a decrease in corn production due to recent eccessive heat and developing dryness across major growing areas, and an increase of imports of both Corn and Soybean. 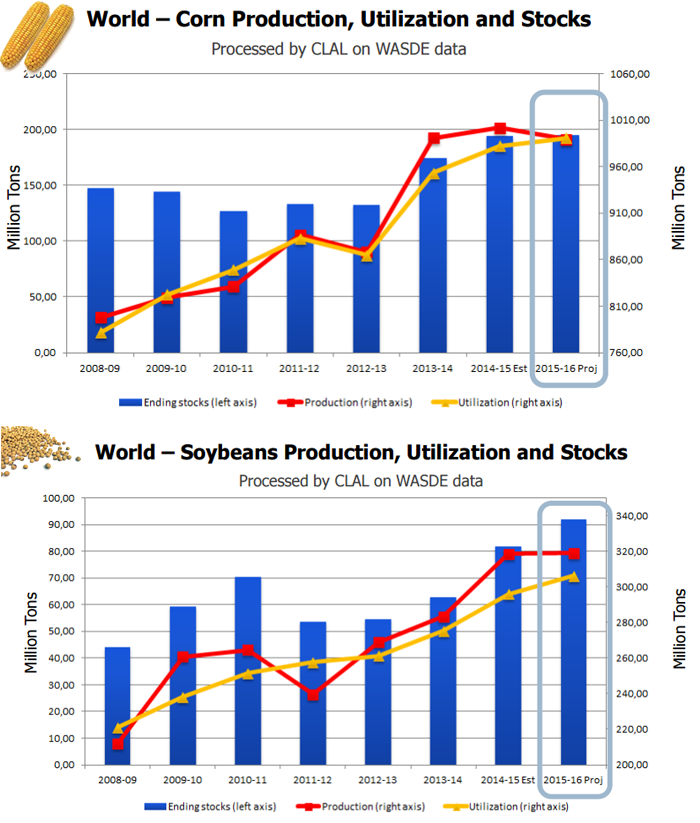