Corn and Soybeans n°5/2015: estimates for the new season

The monthly report of May 2014 released by the United States Department of Agriculture (World Agricultural Supply and Demand Estimates Report – WASDE) presents the estimates for the new season 2015-16.

Global Soybean production for 2015-16 is projected at 317 Mio t, unchanged from the 2014-15 marketing year, ending September 30. Gains for Brazil, India, Paraguay and Ukraine are offset by reduction for the U.S., Argentina and China. 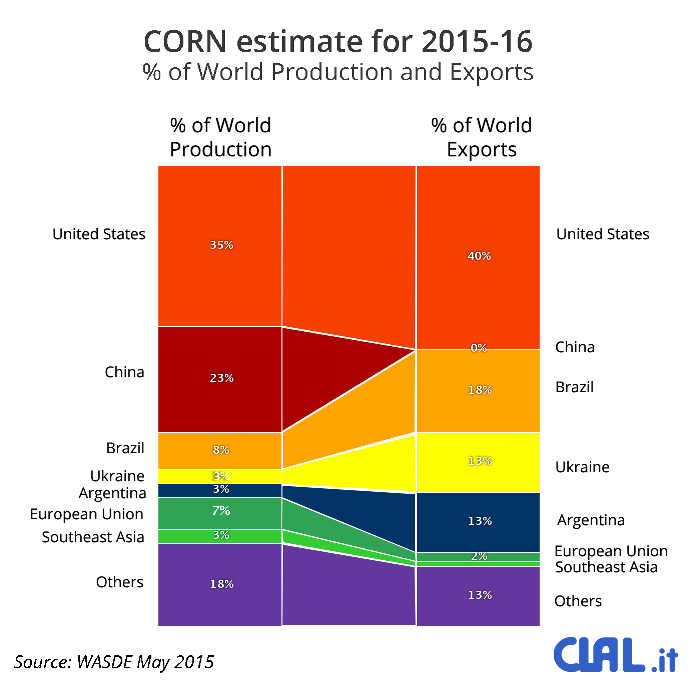 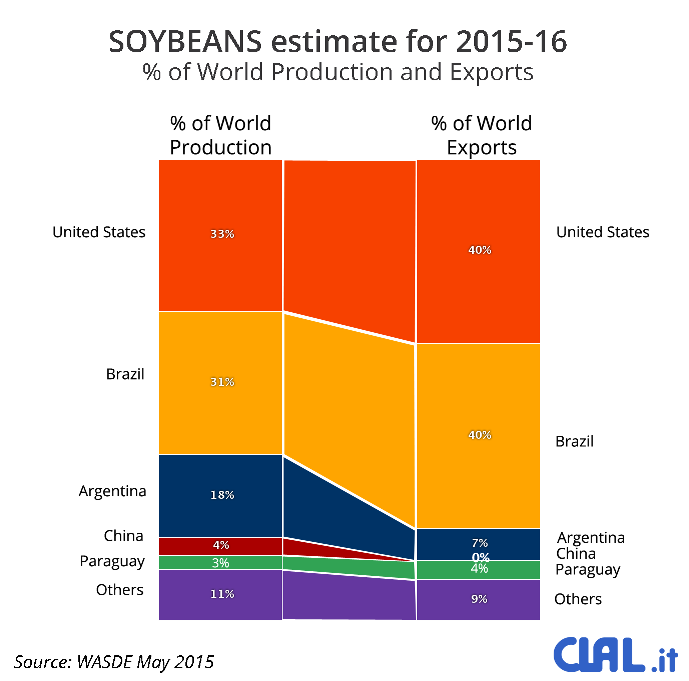