For China, Corn production is reduced to 217 Mio t based on persistent summer dryness in key growing areas of the North China Plain and Northeast, whereas Soybean imports are raised to 74 Mio t.

Global ending stocks of Corn and Soybean are expected to reach a new record, respectively of 189.91 Mio t and 90.17 Mio t. 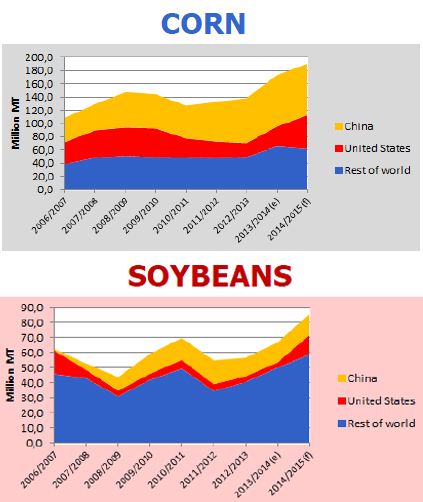