In fact, the EU was supported both by the competitive price of the SMP and by the € / $ exchange rate in the first half of 2017. Since the second half of the year, the exchange rate has started to rise, reaching today’s value of 1.25.

European Cheese exports grew by 3.7% in 2017, a positive change but still lower than in the previous three years.

The United States, a key market for EU cheese exports accounting for 17% of the share, has in fact slowed down purchases (-1%). However, Japan and Switzerland, which together hold 18% of the share, are a source of growth, respectively of 20% and 6%. 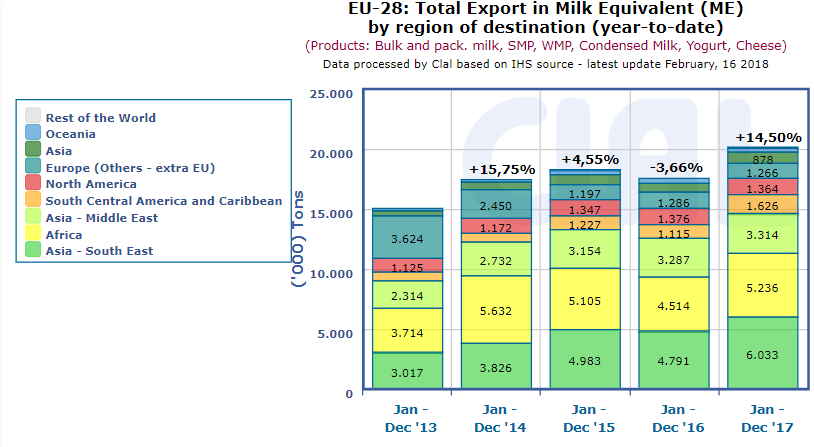 CLAL.it – EU-28: Total Export in Milk Equivalent (ME) by region of destination (year-to-date) 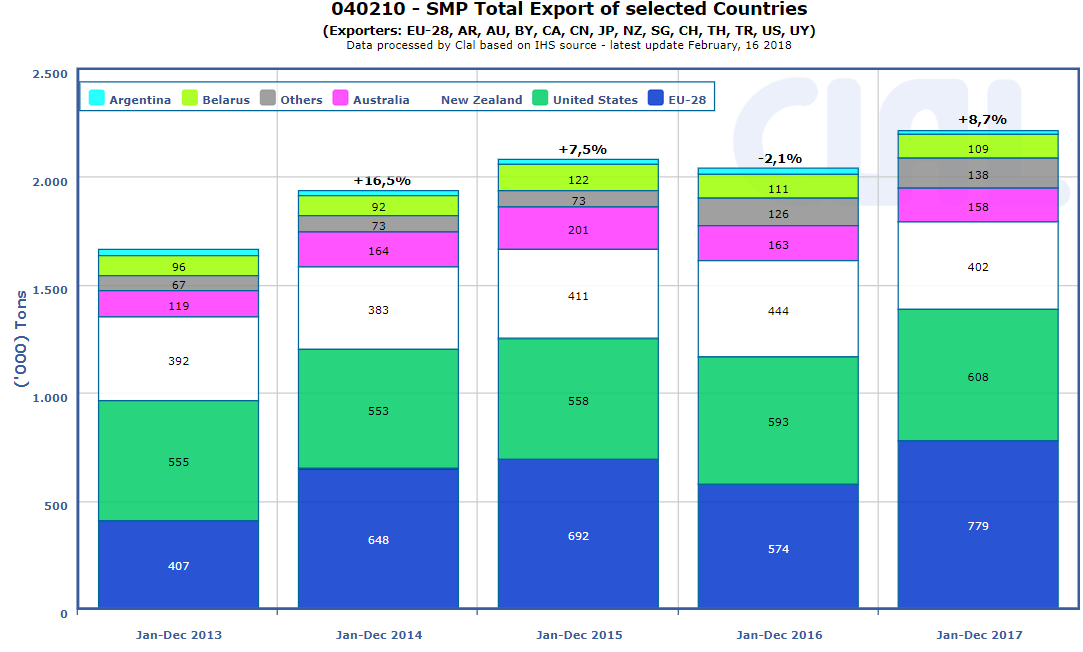