Australia milk production in the period July 2019 – April 2020 decreased -1.2% compared to the same period of the previous season. April milk production is +6.4% higher than April 2019, confirming the positive trend of the last months.

Australia is near the end of milk production season: at this time of the year, many plants are closed or under maintenance and milk is needed for domestic fluid milk bottling.

The dairy trade is returning to a normal situation, after the difficulties encountered for the emergency Covid-19. Concerns have arisen regarding the trade relationship between Australia and China following comments from Chinese officials, suggesting that China may impose tariffs and other restrictive measures on imports from Australia. 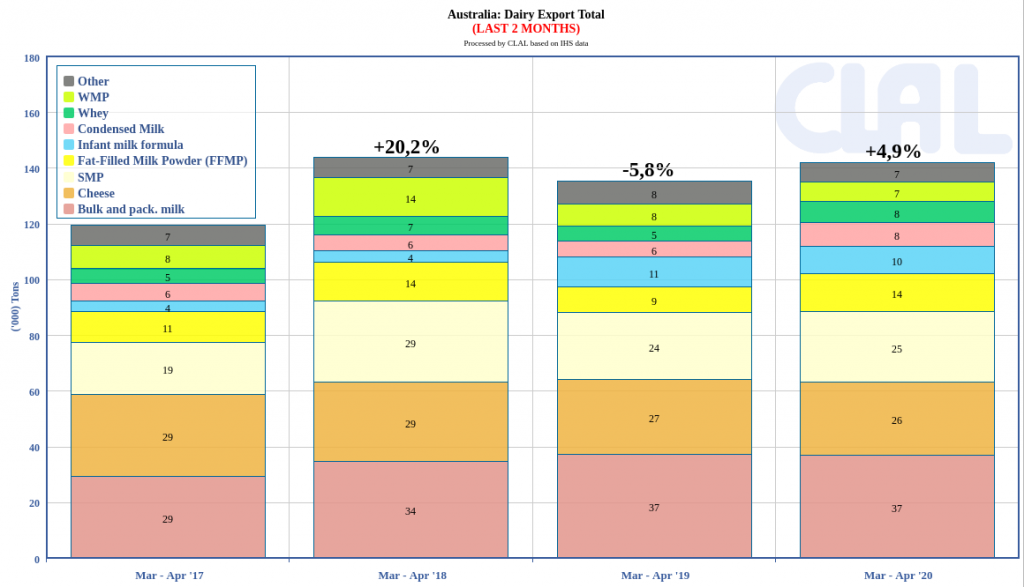 In New Zealand, April milk production moved down -0.6% compared to April 2019. June is typically the lowest milk production month of the season. A slight increase in production is expected in July, but August is the month for which milk producers expect more significant growth.

Concerning the dairy products, this is a period where sales are generally made from stocks on hand, considering the lower quantity of milk available for the production.

Butter prices are diminishing, with buyers that have covered most of their needs. Furthermore, the lower price of European butter leads to a weakening of the New Zealand market.

SMP prices in Oceania are slightly lower, this decrease is mainly due to three related factors: first, Oceania price levels are higher than in Western Europe, even factoring in shipping costs. Additionally, much of the SMP produced is for export and many customers are well covered. Finally, some manufacturers are motivated to clear uncommitted stocks on hand and thus, readily offer discounts.

Cheddar prices in Oceania are mixed. In some cases, there was an increase in the price due to strong demand, in others the price was lower reflecting a lower interest of buyers.
New Zealand Cheddar is export oriented, while Australian cheese production is concentrated in meeting domestic demand.

WMP prices in Oceania strengthened. New Zealand manufacturers have more WMP available for spot sale than had been recently expected. That supply increase was offset by increased export demand from the Middle East and North Asia. In this time of year, WMP production schedules are near seasonal lows. 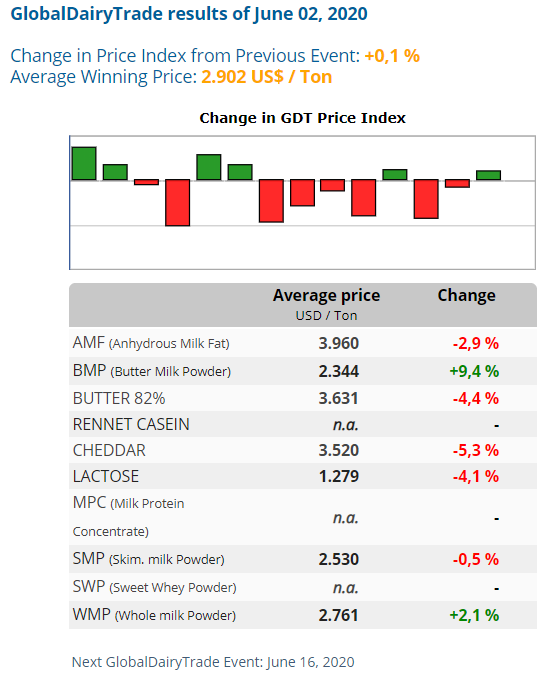 CLAL.it – Results of GDT of June 2