In Australia, weather conditions are mixed. Southwest and northern areas are very wet following heavy rains. This limits new season hay availability. Parts of New South Wales and Gippsland are very dry and crops are struggling under the dry conditions.

In New Zealand, a zero carbon bill is under consideration. Provisions relate to targeted methane reductions by 2030.

More buying interest for Butter and SMP surfaced from the Middle East and Asia, pushing prices higher. Butter output is still low this early in the production season. Light early season regional SMP production is already committed and negotiations for Q3 and Q4 are underway.

WMP production has a priority for early season milk availability, however output is relatively low, this early in the season. Most Buyers are now motivated to complete 2019 contracting, giving a price boost. 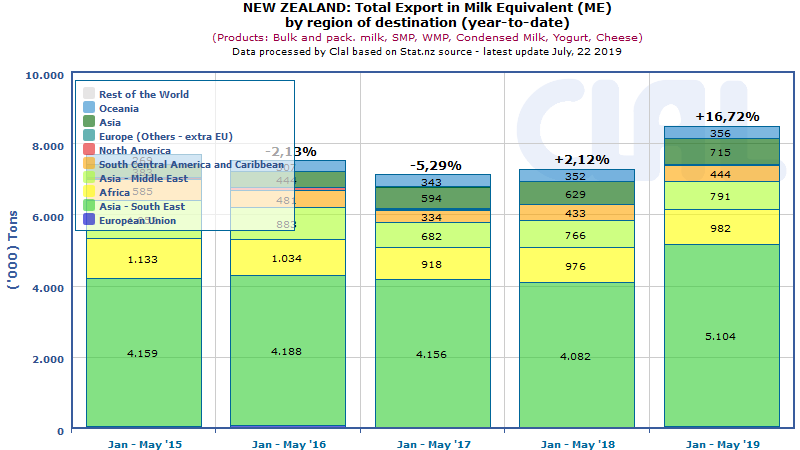 CLAL.it New Zealand’s dairy exports, converted into Milk Equivalent (ME), increased by 17% overall, and by 22% to South East Asia and the Middle East