Soybean production for the United States and Argentina is expected to decrease compared both to the previous season, respectively to 96.78 Mio Tons (-19.7%), and 51 Mio Tons (-7.8%), and to April estimates. In Argentina, unfavourable weather conditions have reduced yields by -10%.

Global soybean production in 2020/21 is forecast to surge to 362.8 million tons, up 8 percent from the 2019/20 estimate. For United States and Brazil, the main producing Countries, it is expected an increase in harvested area and yields. Production is estimated at 131 Mio Tons for Brazil, and at 121 Mio Tons for the US.

Brazil’s exports are estimated at 84 Mio Tons, (+12.6% on 2018-19), reflecting the increased trade during March and April, supported by a greater competitiveness in the markets due to the weaker currency.

Brazil’s average export prices for March 2020 are down to $345 per ton, while the US prices are slightly higher at $366 per ton. 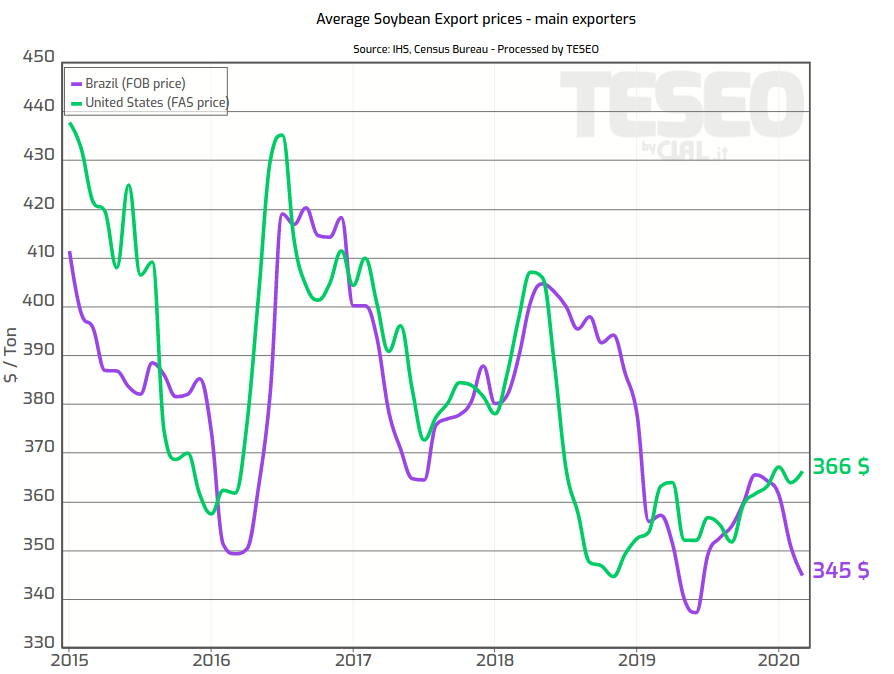 In 2020/21, China is expected to account for over half of global consumption growth, mainly due to the expansion of the Chinese swine herd, which is recovering from African swine fever.