U.S. Corn outlook shows an increase in Corn used to produce ethanol (+0.9% from March outlook), offset by a reduction in feed and residual use (-0.9%).

Global trade outlook projects higher exports for Brazil and Argentina (respectively 32 Mio t and 26 Mio t), with increases competition from these countries expected to impact the 2017-18 marketing year in the U.S.
Soybean imports are raised for China (accounting for 63% of world Soybean export) and EU (accounting for 10%), corresponding to higher global Soybean export (143.3 Mio t).

Global ending stocks are raised both for Corn (222.98 Mio t, +1%), with increases for Mexico, Brazil, Indonesia and Argentina, and Soybean (87.41 Mio t, +5.5%), on increases for United States, Argentina, Brazil and China. If realized, the data about global Soybean ending stocks will be a new historical record. 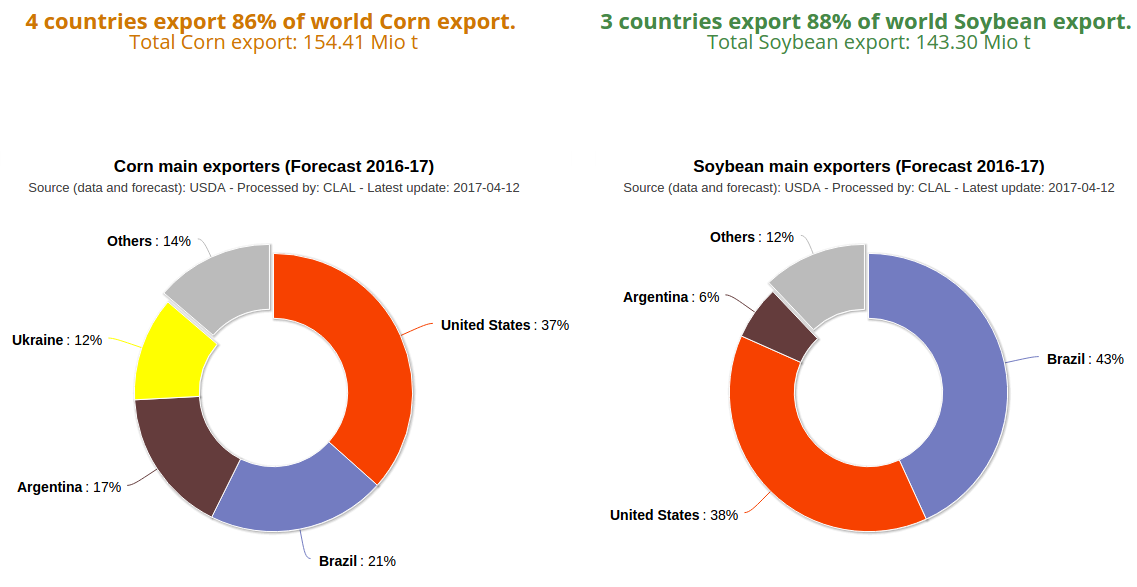