According to January’s WASDE Report, the global Corn supplies for 2014/15 are projected at 988 Mio t, lower from December projections, as a result of this month’s reduction in the U.S. average yield.

U.S. yield and production, however, both remain records. Corn used in ethanol production is projected higher, with a reduction in expected Sorghum use for ethanol, due to higher prices.

Global Soybean production is projected at a record 314 Mio t, on higher yields for the U.S. and Brazil.

For India, Corn production is forecast higher, while Soybean production is reduced on lower yields reflecting late planting and a short monsoon season. 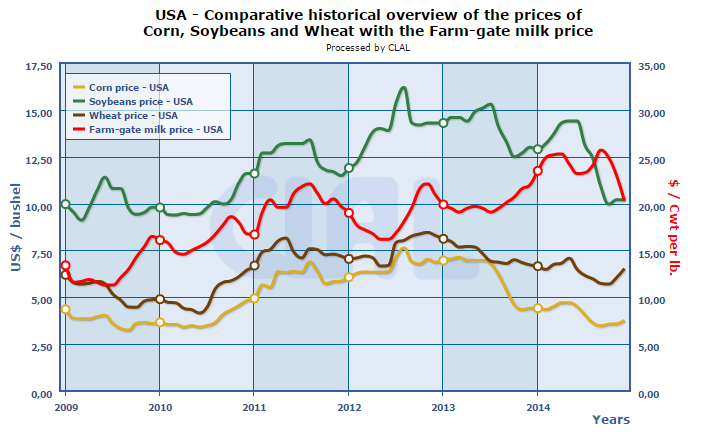