The forecasts reflect higher expected Corn crops in Serbia (+0.9 Mio t, due to heavy fall rains which delayed harvesting), in Mexico (+0.8 Mio t,reflecting increased area) and in Argentina (+0.5 Mio t, based on good yields), and higher expected Soybean crops in Uruguay and Argentina (+1 Mio t, on higher yields resulting from milk temperatures). The increases are partially offset by a reduction in the Corn production expected in South Africa and in the Soybean production in India, reflecting below average yields resulting from an unusually short monoon season. Global Corn and Soybean ending stocks are projected at record levels, respectively at 188.46 Mio t and 89.55 Mio t. 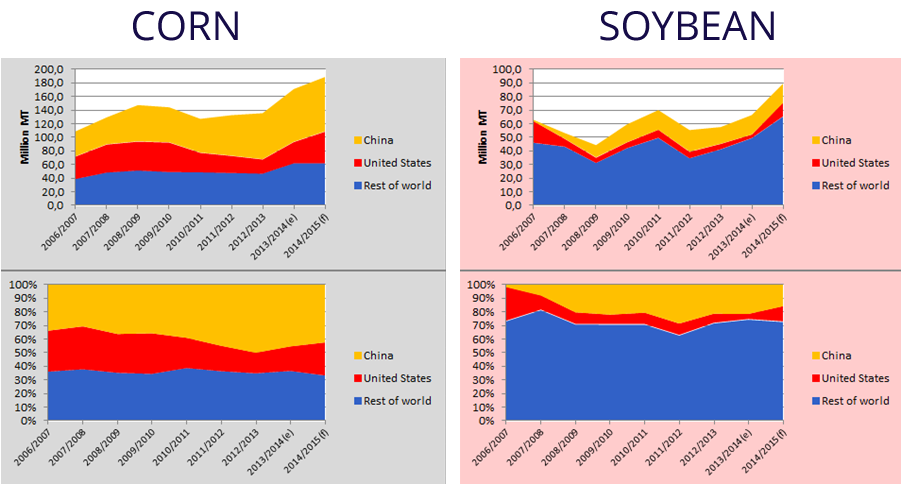 Corn and Soybeans Ending Stocks: Focus on China and the United States