Projected U.S. production is unchanged from last month. Corn stocks are raised with a reduction in 2014/15 forecast Corn  use in ethanol production. Lower Soybean stocks reflect higher crush and export projections for 2014/15.

Brazil Corn production for 2014/15 is raised 3 Mio t to a near-record 81 Mio t, with higher area and yields, reflecting extended rainfall through May.

Russian Corn and Soybean production is raised on a higher area and yield. Planting progress data indicate a year-to-year increase in seeded area, which is also reflected in higher year-to-year imports of agricultural chemicals. 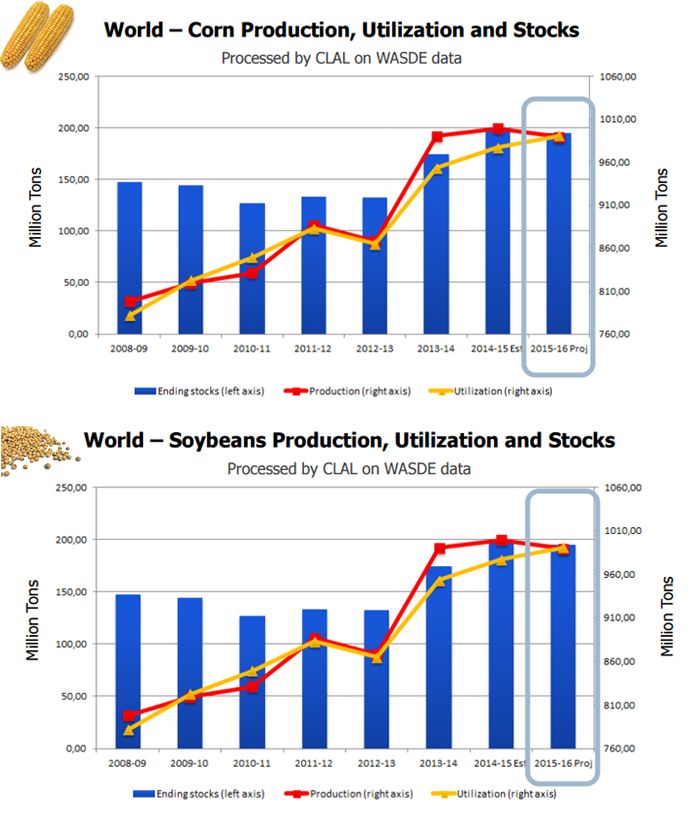