Australia’s growing population and good demand for milk and dairy products are expected to result in lower dairy exports over the next year. The trend of dairy herd reductions continues among many Australian dairy producers. It is not expected that herds will increase during the final months of this season, probably not next season either. March brought two tropical cyclones, Trevor and Veronica, to the country.

Butter prices in Oceania firmed. Available stocks of Butter are tighter and buying interest is strong. Australian Butter production is striving to keep up with domestic demand. New Zealand continues to be the primary source for Butter imported to Australia.

SMP prices in Oceania are lower. Spot market interest for current delivery has slowed: many buyers are set with contracts and Oceania pricing is higher than Western European pricing. Oceania SMP production has been seasonally declining and available milk is being drawn to other products, especially WMP.

Cheddar and WMP prices are stronger, due to the final months of the current milk season. Cheese production is active to meet near term contract obligations. WMP is a priority draw for milk output and current price levels are generating profits. 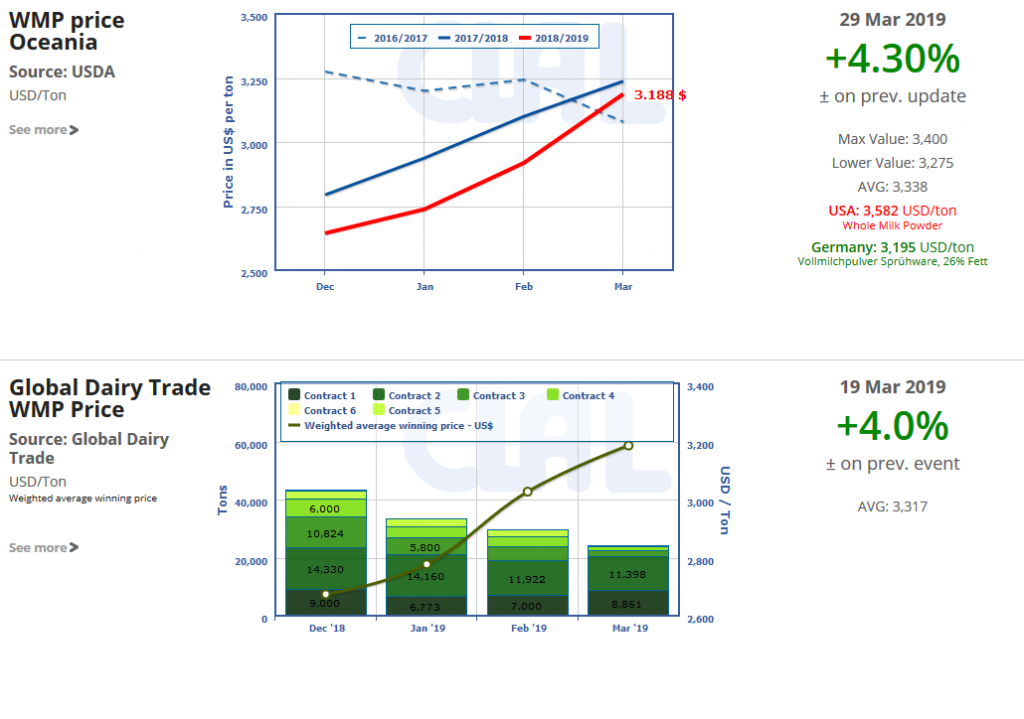