With regard to the imports, purchases of cheese and dairy products also increased in the first 4 months of 2014 (+5% in volume, +13.4% in value), driven by fresh cheeses (+8.5% compared to the same period of previous year. Most important country of origin is Germany. Fresh cheeses, with a total of 55,895 thousand tons account for 34% of total cheese imports. 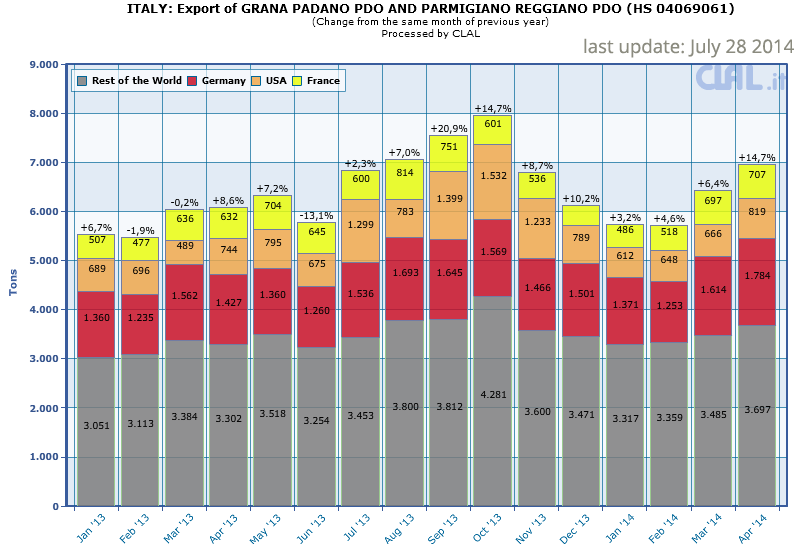