SMP: prices slightly higher at the bottom of the range. Manufacturers and customers in the region are watching the impact of plans in the EU to sell intervention stocks into the market.

WMP: prices are higher at the bottom of the price range but firm at the top. There is slow current activity.

There are no reports of production plants being affected by the earthquakes that recently hit New Zealand. A number of dairy sheds were damaged, as well as road and bridges, and earthquakes knocked out electricity near the affected area. However, expectations are that the impact will not deter the ability to meet production targets of large dairy processors. 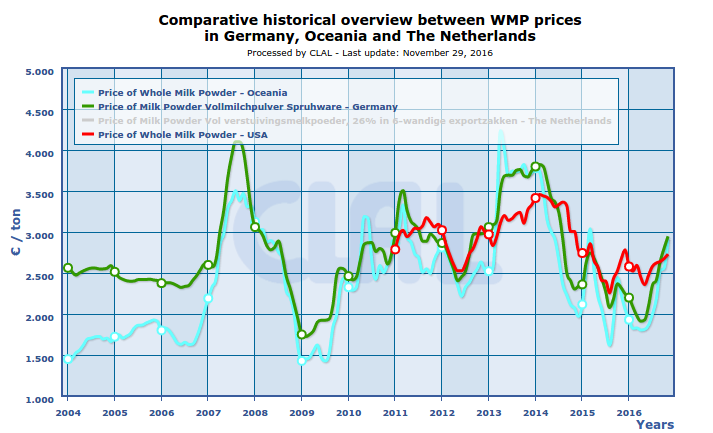 CLAL.it – WMP prices in Oceania, Germany and the United States