Milk production in Australia in July is up by +2.9% compared to July 2019. Many farms have benefited from good rainfall throughout much of September.

Milk production in New Zealand is near the seasonal peak. The Milk production in the new agricultural season is positive, recording in the period June-August 2020 a variation of +4.8% compared to the same period of the previous year.

Spring weather has been very favourable to milk production. Milk production is expected higher in the current season compared to the previous year. There has been good rainfall in recent weeks leaving many pastures in healthy condition.

China is New Zealand’s main trading partner in the dairy sector. For the period January – August 2020, Chinese purchases of various New Zealand products, such as WMP, Butter and Cheese, have increased. Chinese demand is expected to remain strong through this season. 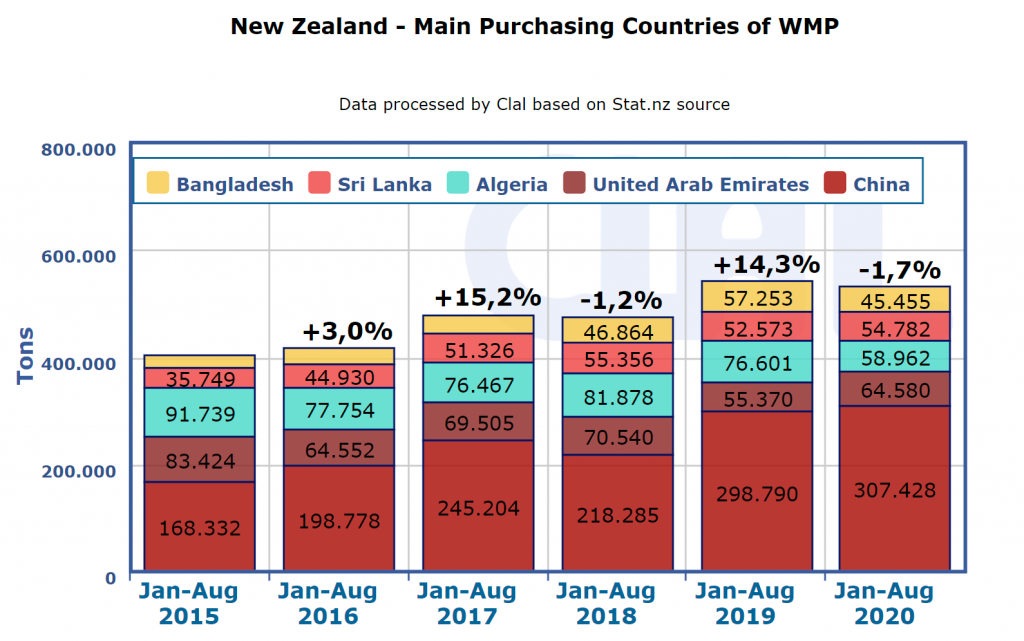 In Oceania, Butter prices are slightly decreasing, after a moderate increase during the past weeks. The price is mostly stable and should remain near the current levels in the coming months.

The price of Cheddar Cheese is rising. Currently there is uncertainty on the market and Buyers are willing to pay a higher price to receive the product.

SMP and WMP prices are increasing, after recording a decrease in the first two weeks of September. At the moment, the SMP market is very volatile, and prices are unstable.

The production of WMP is high and the drying plants are very active. China is particularly interested in buying WMP in New Zealand, considering the product safe and that the COVID-19 situation in the country is under control. 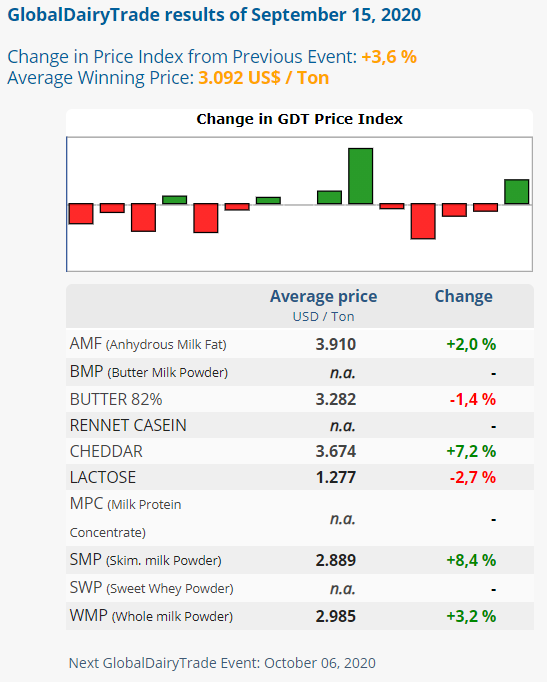