New Zealand: freshwater management may lead to a reduction in the dairy herd [News Oceania n°19/2019]

Milk production in Australia during August 2019 was -5.9% from August last year. Drought and water laws adversely impact production and expectations.
Some wildfires have been burning since September due to sparse rainfall and continuing drought. While tighter supplies have helped maintain milk prices, higher costs for feed and water have limited the ability to translate prices into higher production.

New Zealand is at the calendar point where seasonal milk production typically is at the peak. Winter was mild and pasture conditions are good.
The government develops specific proposals governing freshwater management for various purposes, such as agriculture, urban development and safe drinking water. Possible dairy requirements may limit growth, or even lead to a reduction in the dairy herd.

Oceania Butter prices are lower. Production is seasonally higher as milk production is near the peak. Export interest in early October is not quite what manufacturers had expected. Prices in the coming months are expected to be generally steady.

Also Cheddar Cheese prices are lower. For some Buyers, who expect available Cheddar supplies will grow in the coming months, a “wait and see” approach seems prudent. 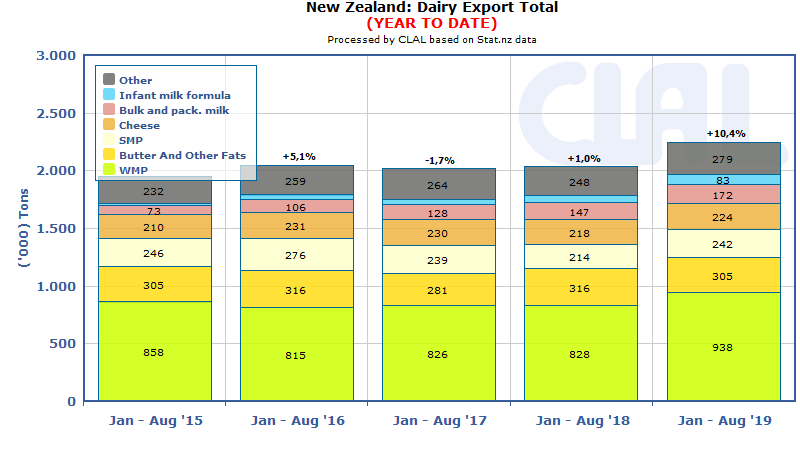