Cheese export is steady: +0.7% in quantity and +1% in value. In the Fresh Cheese sector, a decrease of 4% was recorded with lower exports to Switzerland and South korea. Fresh Cheese exports to Japan remained positive (+1%), as was the export of European Cheese in general (+24%).

The EU-28, in September 2018, exported significant quantities of SMP, recording an increase of 37.7%.

China, Algeria and Indonesia were the main destinations, with increases of over 75%.

EU WMP exports are decreasing, and prices remain stable, but higher when compared to New Zealand and the United States.

Cumulative data for the first 9 months of 2018 show an export of 3.87 million tons of dairy products and 11.42 billion €, decreasing both in quantity and in value (respectively -1.7% y-o-y and -4.6%). The most profitable product is Infant Milk Formula, for which the EU is the main Player with an export that from January to September is worth 3.38 billion €.

* EU-28 and New Zealand export prices are FOB (Free On Board), while US prices are FAS (Free Along Ship Export Value). The prices of New Zealand and the United States have been converted into € at the average exchange rate of September 2018.

See all the information
in the new webpage dedicated to
the dairy market in EU on CLAL.it > 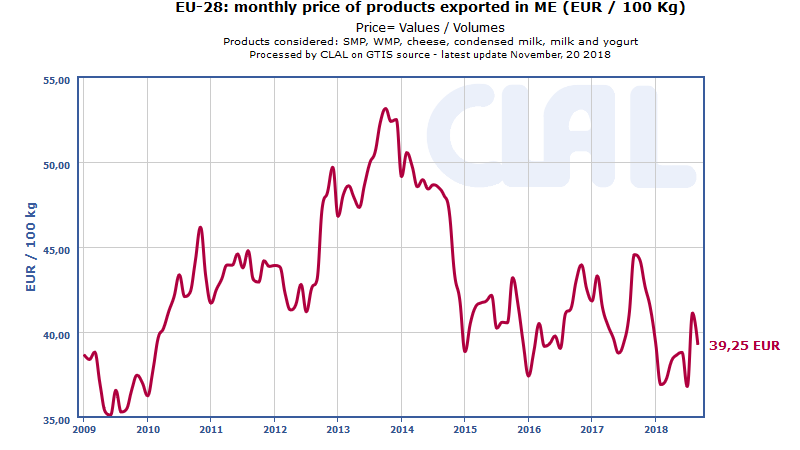 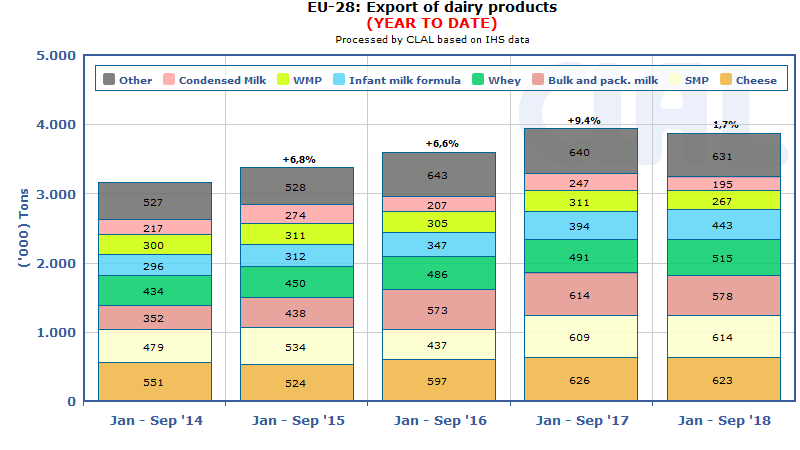