Soy: is a trade war really worth it?

According to CLAL.it and TESEO processing on WASDE – USDA data, three countries produce 82% of world Soybean production. Soybean total production is 340.86 Mio Tons per year, and the main three producers are:

The same three countries account for 89% of the global Soybean export, which totals 150.60 Mio Tons per year*.

Since 2012 Brazil has become the world’s leading Soybean exporter, with a share of 47%, surpassing the United States (37%). Argentina follows, with a global share of 5%. Since 2012 exports have been growing year by year.

In the light of these global trends, it is natural to ask: is a trade war really worth it? 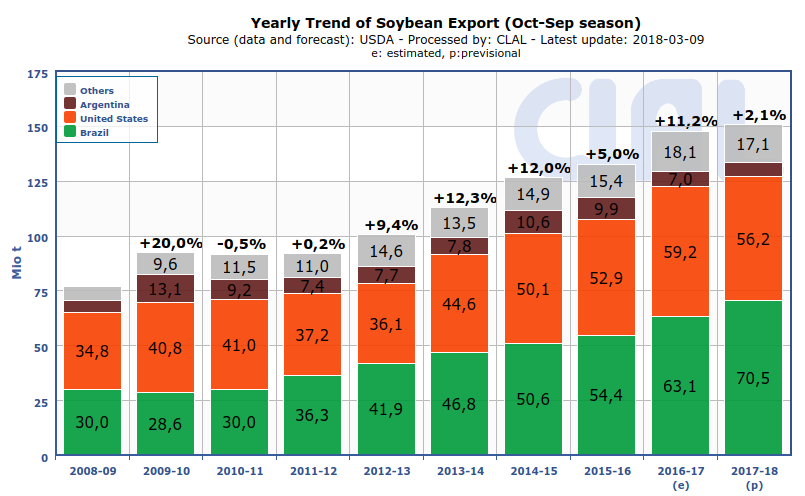 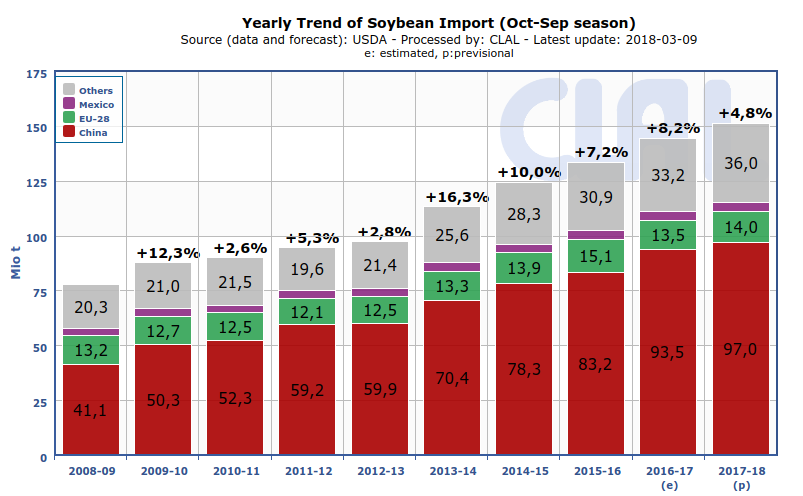 * global export and import data may differ slightly, probably due to the customs system.