Soybean total use is constantly growing, and given the lower expected production, ending stocks should reach 95.42 Mio Tons (-13%).

Soybean production of Brazil, world’s main producer expected for 2019/20 season, should reach 123 Mio Tons (+5.1% compared to 2018/19 season). United States’ production is decreasing (19.8%). The U.S yield of land is diminishing. There is also a lower yield in Canada and India.

Global export of Soybean for 2019/20 season is expected practically unchanged compared to the previous season. Higher projected exports from Brazil and U.S. offset for the expected decrease from Argentina. First weekly data show a slight increase of U.S. export of Soybean in the new season. 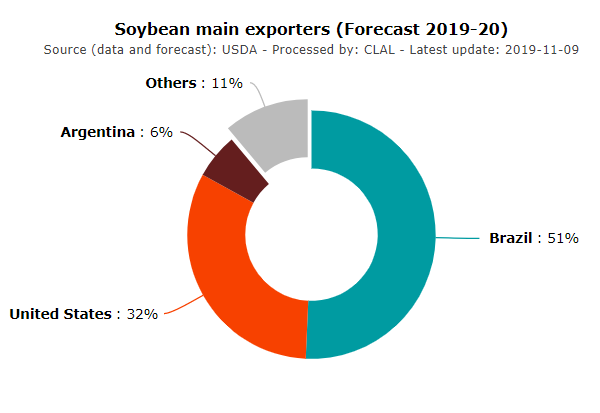 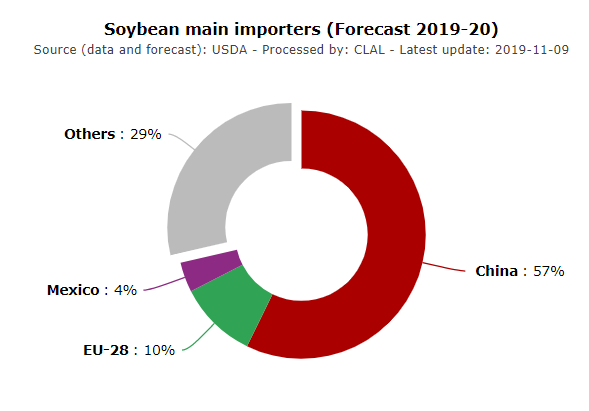 In the first 8 months of 2019, Italy increased Soybean imports: +27.7% compared to January-August 2018. U.S. and Brazil are the main suppliers more than offsetting the sharp decline in purchases from Canada.