Australia is already in the first month of autumn and many dairy producers are focused on assuring that adequate hay and grain are secured for winter use. Hay stocks are tight in Northern Australia and demand is still ahead of supply. This necessitates hauling hay from other areas, especially Southern Australia. As the new planting season approaches, recent rain improving soil moisture has been welcome as far as hopes that the next season will produce more hay and grain and help dairy production.

Recent rain on the North Island, in New Zealand, greened some pastures.  Seasonal milk production July 2018 through February 2019 is +4.4% from last year. Most of the milk for the current season has been produced. Whatever the weather impacts from April to June will not greatly impact the season’s final result.

Buyer decide to close sales rather than waiting

Oceania Butter, SMP and Cheddar prices firmed, due to the strong export demand and a seasonal production moving lower. SMP and Cheddar availability for “spot” sales is tighter and that is leading buyers with unmet needs to close deals.

WMP prices in Oceania are slightly lower to steady, reflecting a limited buying interest, because many users contracted previously to be assured of supplies. WMP prices are expected to be mostly steady in the coming weeks. 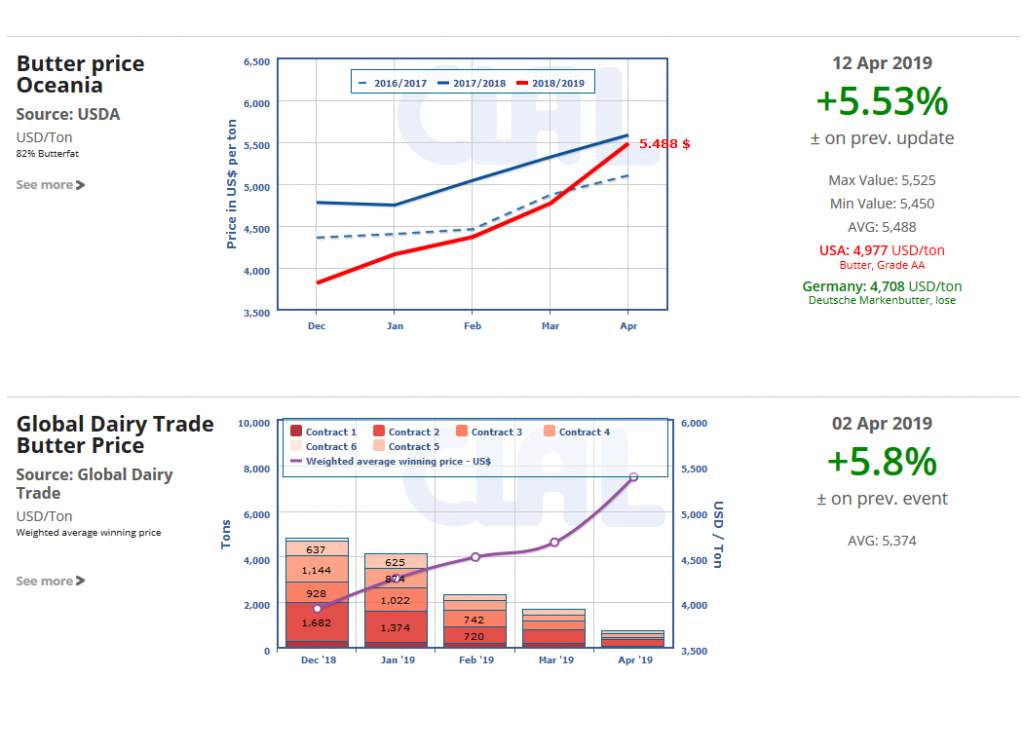