Production is expected to decrease by 1.4% compared to the previous season.

The two main world producers of Corn have opposite trends: a lower production is expected for United States (-5.3%), partially offset by higher expectations for China (+1.3%), reflecting increases to both cultivated area and yield. Corn production forecast is unchanged for Brazil and slightly higher for the EU-28 (+0.5%).

U.S. ethanol production is expected to be higher for the months of November and December.

World Corn exports for the 2019-20 season are expected at 166.51 Mio Tons, -7.6% compared to the 2018-19 season, lower from the record level anticipated in the recent forecasts.
A decrease in exports is estimated for the 4 main players (United States, Brazil, Argentina and Ukraine), with an overall reduction of 8.3%.

Italy for the period January-September 2019 increased its imports of Corn by 11.4%. Italian imports from Hungary, Slovenia, Romania and Croatia, are growing sharply, with an overall variation of +43.8%; Ukraina, instead, has reduced its exports towards Italy. 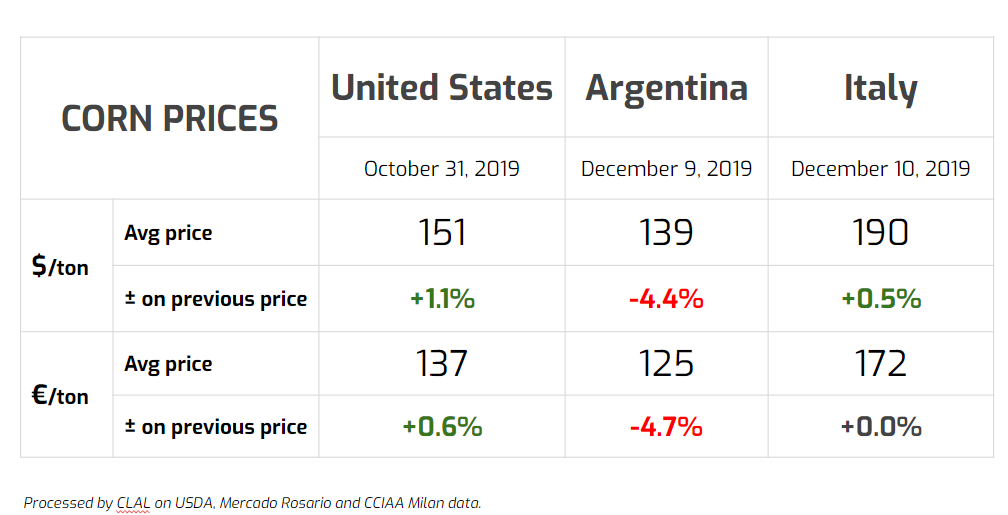