U.S. production of corn and soybean is expected to increase respectively by 1.2% and 0.8%, due to an increase of the yield.

Global corn ending stocks are raised +12.8%, with nearly all the increase for China corn.

More than half of the world’s 2015-16 corn ending stocks are expected to be held in China, according to the downward revisions to China corn feeding for 2013-14 through 2015-16.

China corn beginning stocks are raised 18.8 Mio t (+23%) for 2015-16 reflecting the impact of lower estimated feed use for the preceding marketing years. 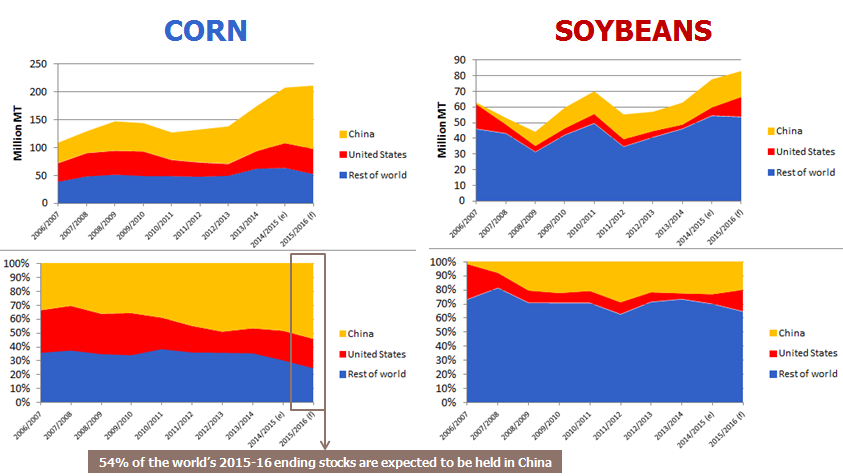