China’s dairy import in January-February 2020 has recorded a trend better than expected. The trade of finished products increased significantly, especially from the EU, while the milk powders import diminished. 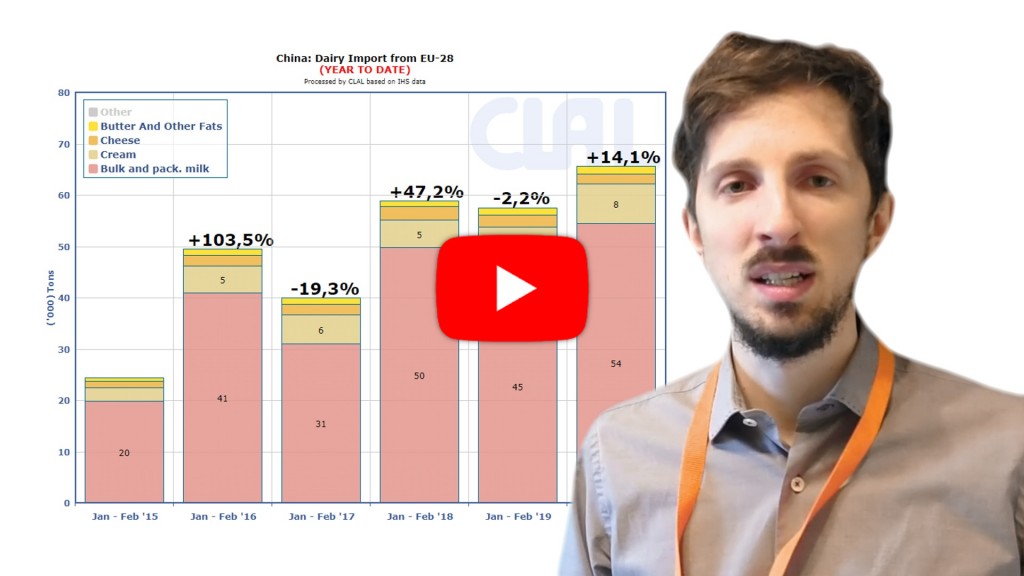 China’s dairy imports data for the period January-February 2020 are now available, and the resulting trend is better than expected. In fact, import recorded a decrease of -1.9% in volumes while it increased by +3.8% in value.

Significant increments were recorded for the trade of finished products.
Butter export grew by about +70%, and Cheese by more than +15%, compared to the volumes imported in the same period of 2019.
Also Cream and Packed Milk reported a positive trend: their imports increased respectively by +31.4% and +4.3%.

In this context, Europe recorded an overall increment of +14.1% for the trade of the mentioned products towards China: the increase of +19.7% for packed milk was significant, with a total of 54000 tons exported, and confirmed the EU as the main exporter of packed Milk to China.

Exports of Milk Powders, given the high volumes involved, have probably been affected by the logistic issues in global shipments, caused by the worldwide spread of COVID-19.

New market updates will follow: will analyse if this trend will be confirmed also in the coming months.

For further details follow us on our websites: CLAL.it and TESEO.CLAL.it.