The latest March 2019 updates of Chinese dairy imports show an increase of +9.8% in volume and +17.8% in value, with a strong increase in percentage of Whole Milk Powder (WMP ) and Skimmed Milk Powder (SMP), Infant Milk, Packaged Milk and Cream. 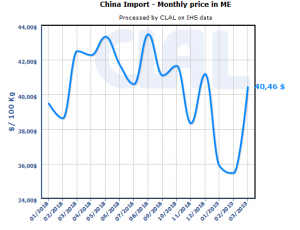 The first import item by value is Infant Milk Formula, whose imports in January-March grew by +20.5% by volume, and by +27.3% in value. The graph shows an increase from 13% to 20% in the New Zealand market share, and a 4.6% decrease in Dutch imports, China’s leading supplier. 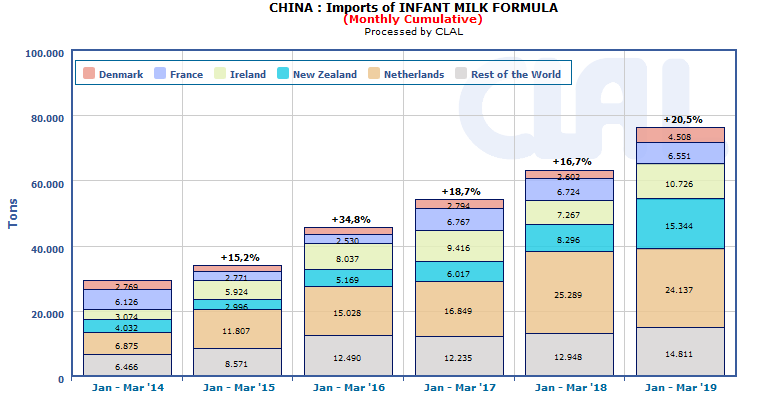 In the “Milk and Cream” sector, there were high growths: +14.9% for Packaged Milk and +63% for Milk Cream. Although the EU-28 is confirmed as the main supplier of packaged milk, there is an increase in the New Zealand quota.

Chinese purchases of Cream from New Zealand doubled in the first three months of 2019, and there were also increases in some European countries, such as France and the United Kingdom.