Global Soybean production for 2018-19 is estimated at a record level of 360.6 Mio Tons. The slight increase compared to previous estimates, reflects favorable weather in Brazil, the world’s Soybean biggest exporter, in particular in the Rio Grande do Sul, where the crop is in pod-filling and maturation stages. Soybean production in Brazil for the 2018-19 season is expected at 117 Mio Tons. The production is lower (-4.1%) compared to the previous season.

Brazil’s exports are expected at 79.5 Mio Tons (+4.4% from the previous season) and only partially offset the lower exports expected for the United States (-11.9%). The data for the first two months of 2019 relating to US exports show a decrease compared to January-February 2018, with China (the main buyer) which reduced its purchases by 35%.

For the European Union, the second world Soybean importer after China, imports are expected to increase by 8.3% compared to the 2017-18 season. In the months of January and February 2019 there is a growth of 1.4% with a significant reduction in imports from Brazil and Canada, more than offset by imports from the United States (+ 147.7% compared to January-February 2018). Spain and Italy are the EU countries that have mainly increased imports from the US, respectively: + 63.9% and + 73.7%. 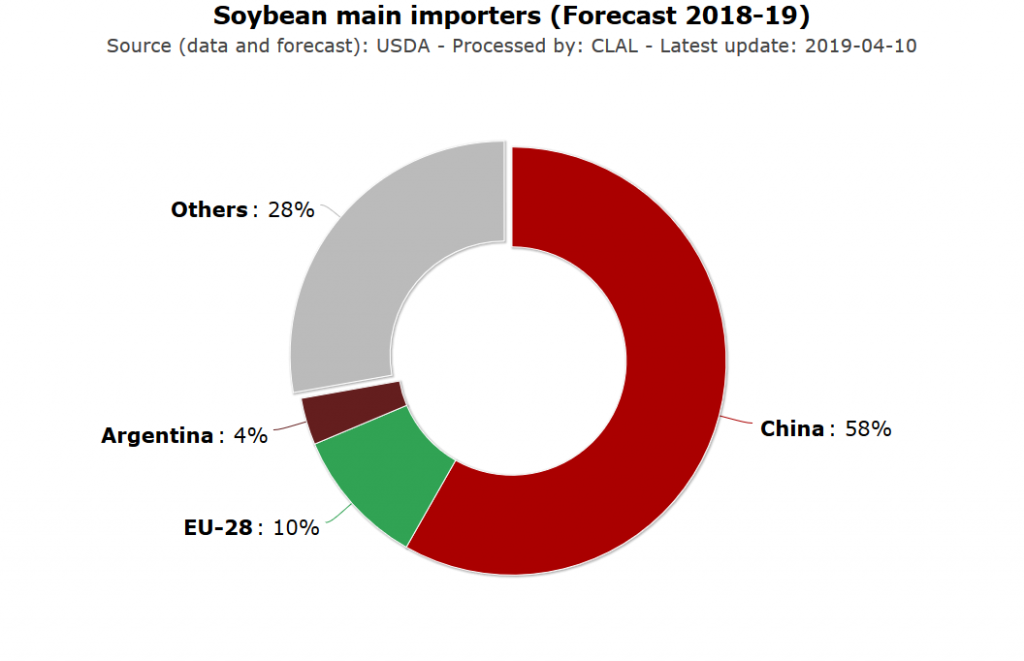 TESEO.clal.it – In the first two months of 2019 the EU soybean import grew by +1.4% and comes almost entirely from the United States