China is silent, while the dairy imports increase

The only certainty is that Chinese imports of dairy products are increasing. Import updates from official Chinese sources have not yet been released.

The official import figures are limited to the first quarter of this year and show an increase by 15.3% y-o-y, with interesting rises for Bulk and Packaged Milk, Whole Milk Powder (WMP), Whey, Skimmed Milk Powder (SMP) and Infant formula. Chinese dairy imports exceeded 750,000 tonnes between January and March 2018.

On the basis of the figures provided by the exporting countries, CLAL processed the volumes exported to China expanding the period of analysis up to April 2018. In the first 4 months of 2018 the Chinese dairy import trend was confirmed, with an increase +6.6% in comparison with the first months of 2017.

While awaiting official data, it should be pointed out that these are non-exhaustive data, which could be subject to variations and which were deduced on the basis of the figures provided by the exporting countries. Moreover, any discrepancies could be connected to the fact that some data are collected through VAT and / or surveys and not from the customs.

A question remains unanswered: are the delays of official data related in some ways to the China-US trade war or are there other reasons? 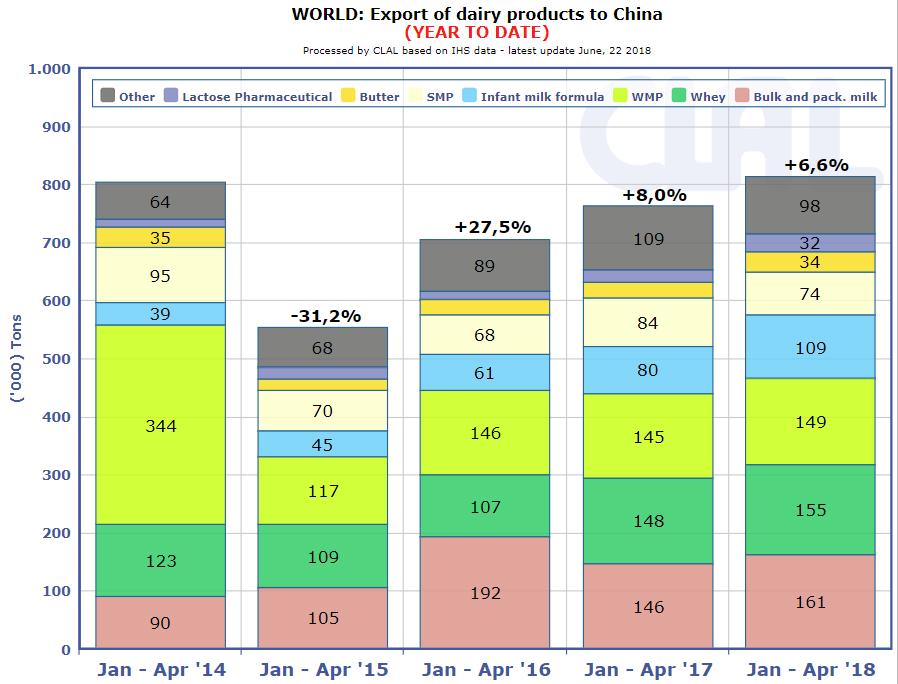 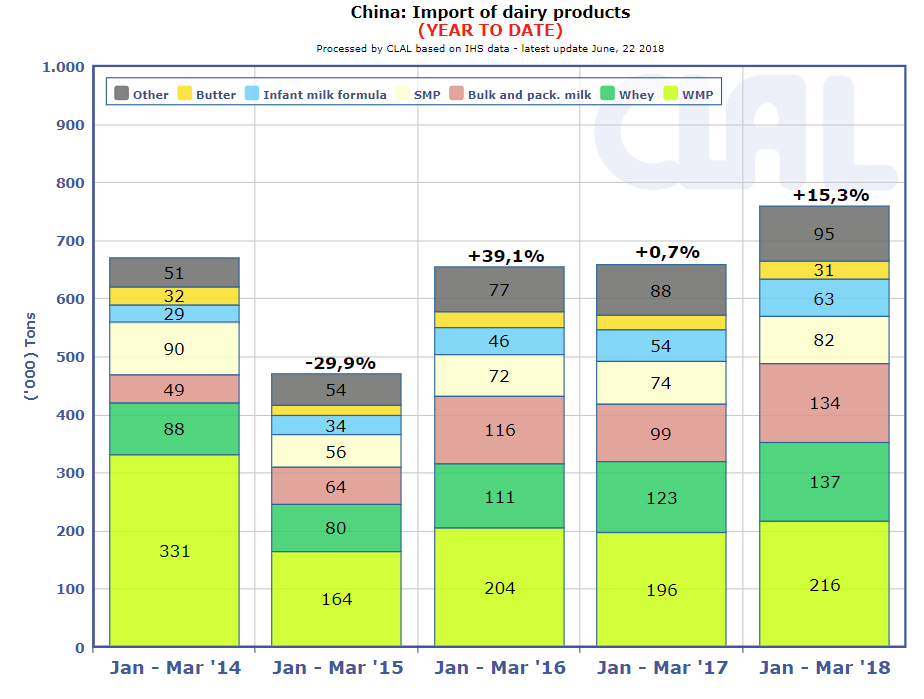