Global Soybean production is projected at 355.24 Mio Tons, slightly higher from last month, mainly on higher production for Brazil, that accounts for 33% of milk production (the same share as the U.S.). Brazil’s export is also expected to grow.

U.S. Corn outlook is for greater Corn used for ethanol production and lower beginning stocks, reflecting the exports during the month of April 2018, that bested the prior monthly shipment record set in November 1989. 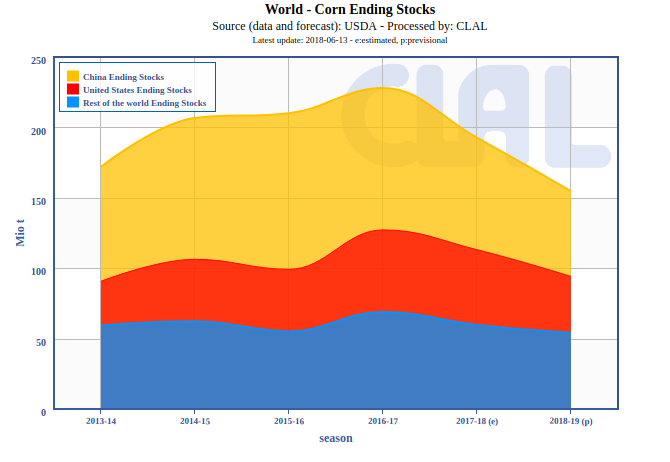 In response to the tariffs President Trump placed on Chinese good, due to come into effect on July 6, China retaliated with a long list of 25% tariffs including corn, soybeans and several dairy products. TESEO will track the development of this situation, through specific focus and analysis, in the coming Corn & Soybean reports.