World Corn Production and Export are expected to grow for the new season, driven by the United States and Brazil.
Corn prices increased in the USA, Argentina and some EU countries, including Italy.

Michele from the CLAL Team illustrates the Corn market trend in the following video. 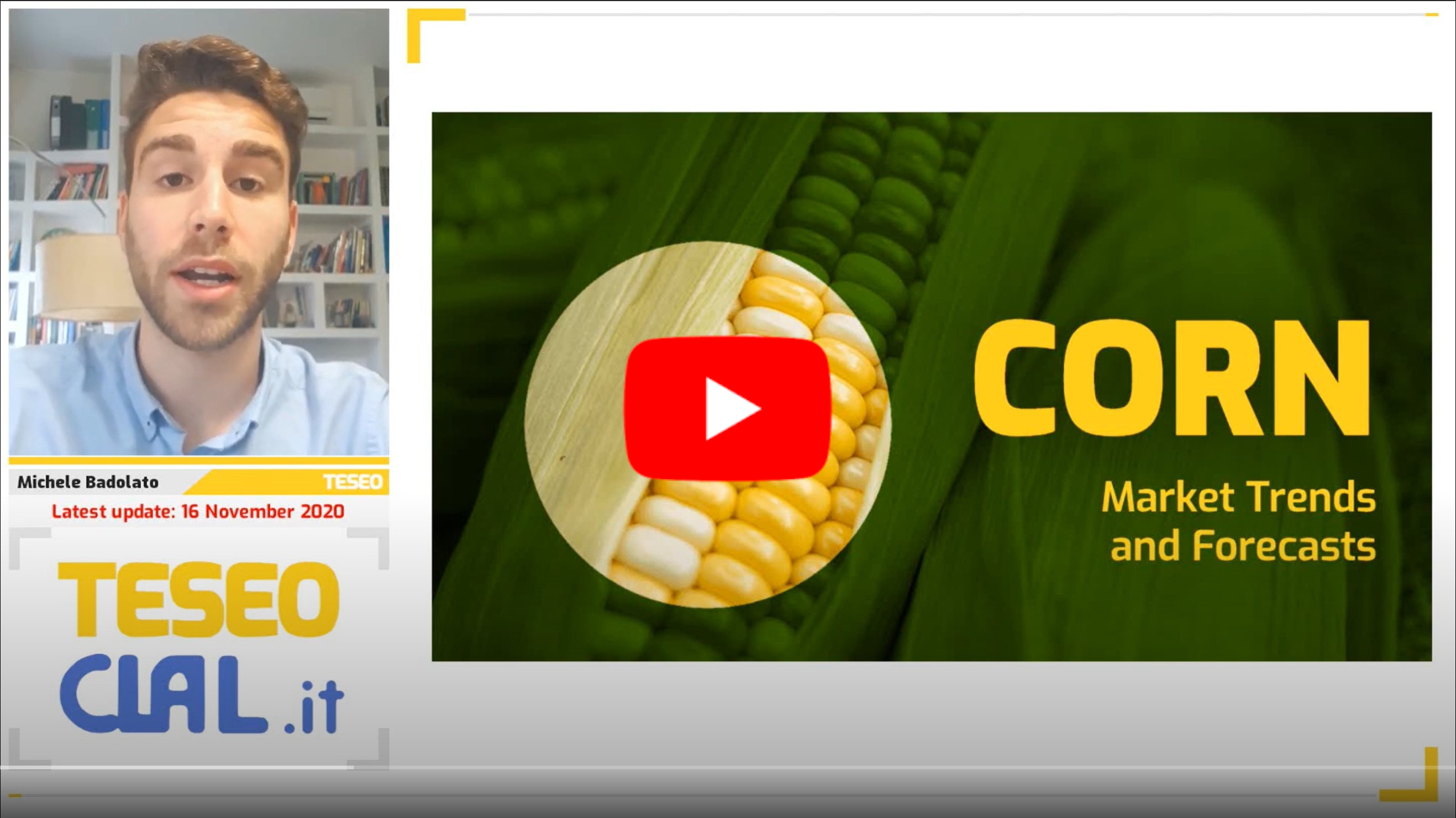 World Corn Production for the season September 2020 – August 2021 is projected at 1,144.6 Mio Tons, according to USDA. The forecast, updated in November, is slightly lower than the previous estimate, but it still shows a year-over-year rise by +2.5%.

The increase in production is driven by the United States (+6.5%) and Brazil (+7.8%). Production in the European Union, Argentina and Ukraine is expected to decrease due to drought conditions.

Corn prices continue to rise in the USA. The average November price in West Iowa is $156.8 per Ton, +5.1% compared to the previous month.  Also in Argentina the price rose significantly, starting from June, and the average monthly price of the Mercado Rosario is $190 per ton.

This trend is also reflected in the prices in The Netherlands, Portugal, Spain and Italy.  The current prices in Bologna for Italian corn range between 194€/Ton and 200€/Ton. 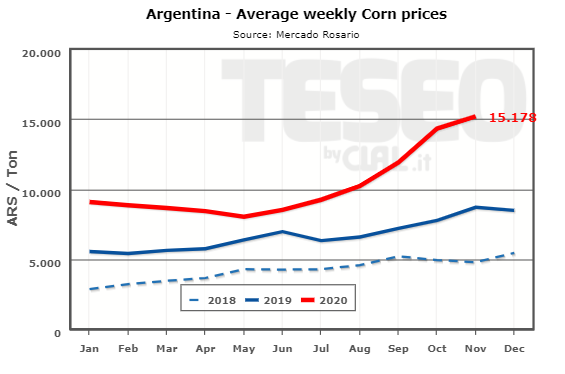