The monthly report of October 2015 released by the United States Department of Agriculture (World Agricultural Supply and Demand Estimates Report – WASDE) shows for the season 2015-16 the estimates of a decreasing global production of Corn (972.6 Mio t, -0.6% from September estimates) and of an increasing production of Soybean (320.5 Mio t, +0.3%).

In Brazil, the third largest Corn producer and second largest Soybean producer, the production is projected at 80 Mio t of Corn and 100 Mio t of Soybean on higher area. A sharp decline in the value of the Brazilian real recent months is expected to leas to increased area despite lower international Soybean price this year. 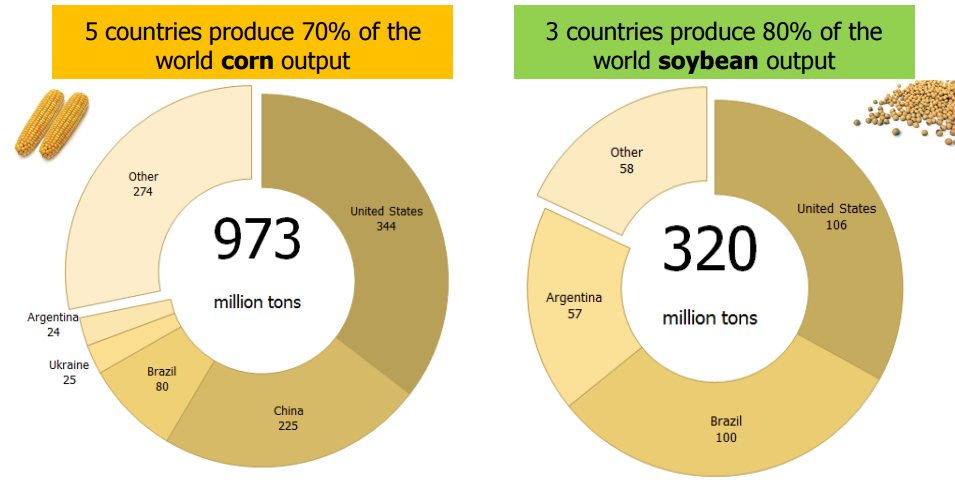 Top Producers of Corn and Soybean