Corn and Soybean prices remain high in the major markets. Chinese imports of Corn could triple this year, while for the United States a reduction in Soybean stocks is estimated, of -77.2%. 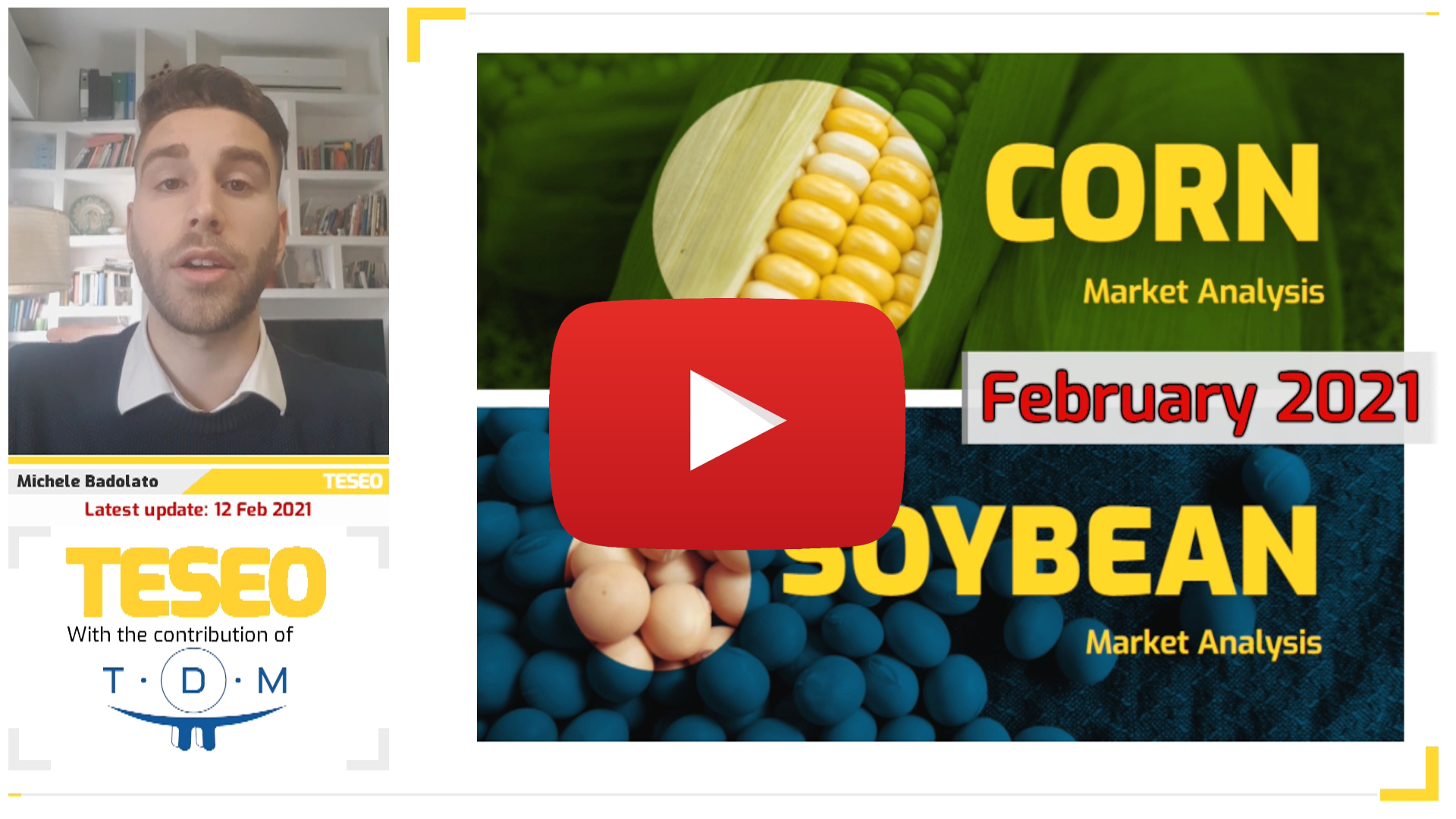 USDA released the February update on the Corn and Soybean markets.

Slightly more optimistic is the forecast of February 10 regarding World Corn Production 2020/21, if compared with the previous forecast. Production is now estimated to rise by 17.5 million tonnes compared to the 2019/20 season.

On the other hand, the Consumption forecast shows a slight reduction, going from + 1.7% to + 1.5%.
As a result, the erosion of the World Corn Stocks expected for the 2020/21 season is more contained (-5.4% compared to the previous year). 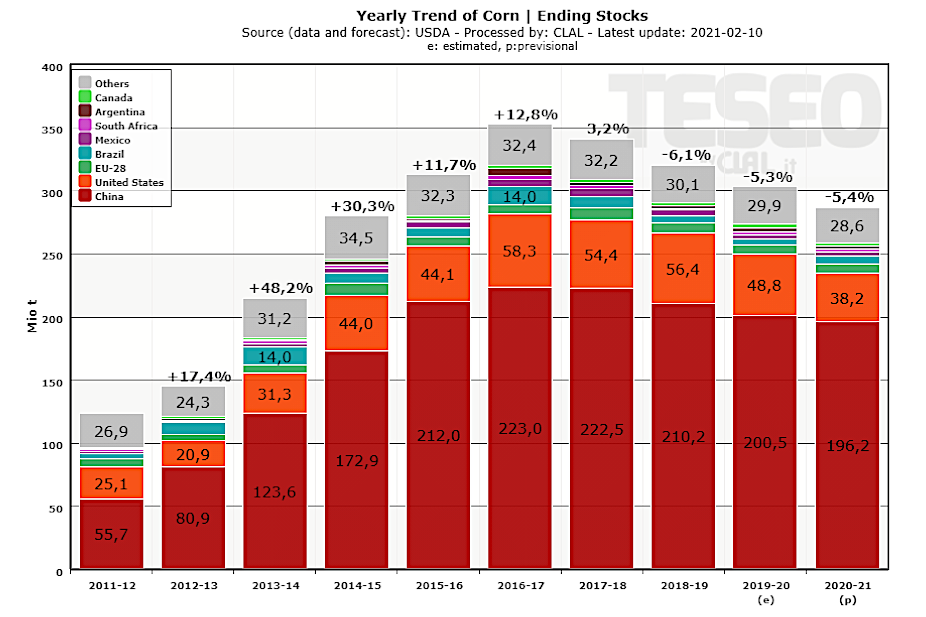 Chinese imports of Corn could triple this year, to the advantage of the United States, whose exports to China are on the rise.
The import of the European Union (including the UK) is estimated at 15.5 million tons, 3.1 million tons less than in the 2019/20 season.

Average selling prices from February 1st to 10th recorded in West Iowa (USA) remain at high levels, standing at $ 206.5 /Ton, up + 7.1% compared to the previous month.
Also in France, the average price of Corn from February 1st to 12th is slightly higher than in January, with an average price of 209.7 € / Ton.
Current prices in Bologna for Italian corn range between 230€/Ton and 236€/Ton. 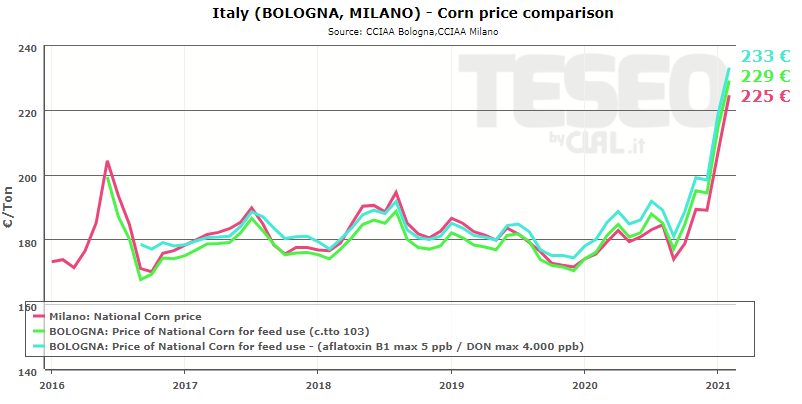 The latest USDA Forecast estimates an increase in Soybean Consumption compared to the previous outlook. This leads to a further decrease in final stocks for the current year: -11.49 million tons compared to the 2019/20 season.

The decline in stocks is mainly attributable to the United States, for which is estimated a reduction in inventories of -77.2%  compared to the previous season.

Average Soybean prices in the US and Brazil show signs of stability.
The average selling price from February 1st to 10th in Western Illinois (USA) is $ 529.7 / Ton. The average price over the same period in Brazil stood at $ 508.4/Ton.
The average price of Soybeans quoted on February 11 in Bologna is steady at € 500/Ton.