Global Corn and Soybean production for the season 2018-19 is projected higher in comparison with July estimates, mainly on the higher production expected in the U.S., the world largest producer of Corn and currently also of Soybean. Global production is expected at 1061 Mio t of Corn, and 367 Mio t of Soybean, respectively +0.6% and +6.4% from the latest projections.

U.S. Corn supply is projected to rise faster than use

In the United States, expected growth is +2.5% for Corn and +2.1% for Soybean. Following the first survey-based Corn yield forecast, an increase is expected for many Corn Belt states: Illinois, Indiana, Nebraska, Ohio, South Dakota and North Dakota. Corn supply is projected to rise faster than use. Exports are raised reflecting expectations of reduced competition from Brazil. Brazil Corn production is lowered (-1.6%) based on updated estimates for second-crop Corn area.
For 2018-19, the following yields are expected in the U.S.:

EU Corn production is lowered (-2.8% from July outlook), mostly reflecting reductions for France and Germany that are partially offset by increases for Romania and Bulgaria. EU Corn imports are expected to reach record levels (18 Mio t). 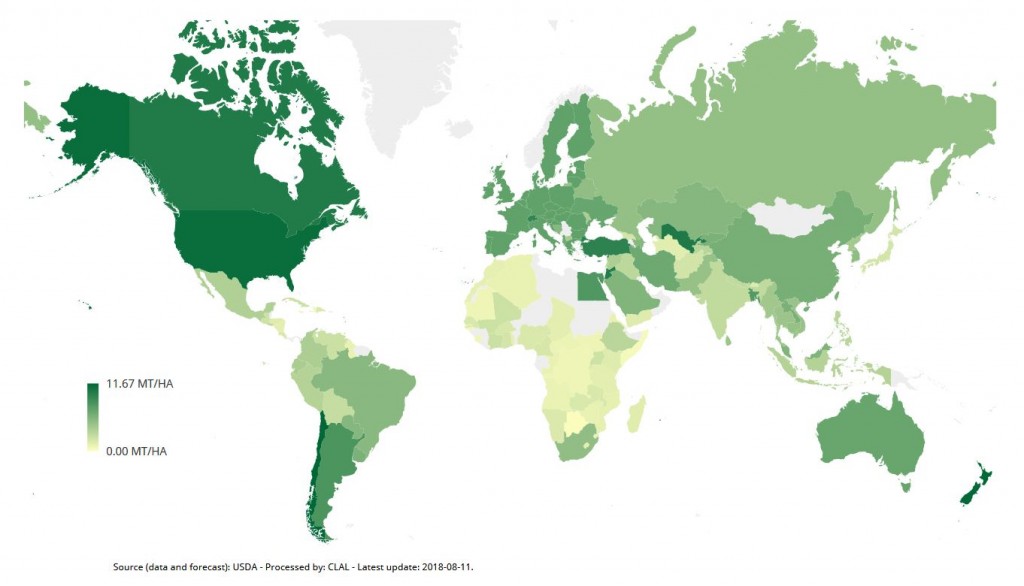