Chinese dairy imports continue to grow, although at a slower pace

After the trade tensions with the U.S., China has stopped all official updates of dairy import data. On the basis of the figures provided by the exporting countries, we can still outline a positive trend in Chinese imports.

The EU is approaching the milestone of 500 thousand tons exported in the first half of 2018, with good performance of infant milk formula (138 thousand tons, +30.4%), which exceeds packaged milk and becomes the main EU dairy product exported to China.

The United States gain ground in China: +17.7% with positive results for Cheese export (+34%), which exceeds 8 thousand tons, while SMP export drops, recording -25% compared with the volumes exported in the first half of 2017.

The tariffs knot, however, is far from being untied. How will trade evolve? 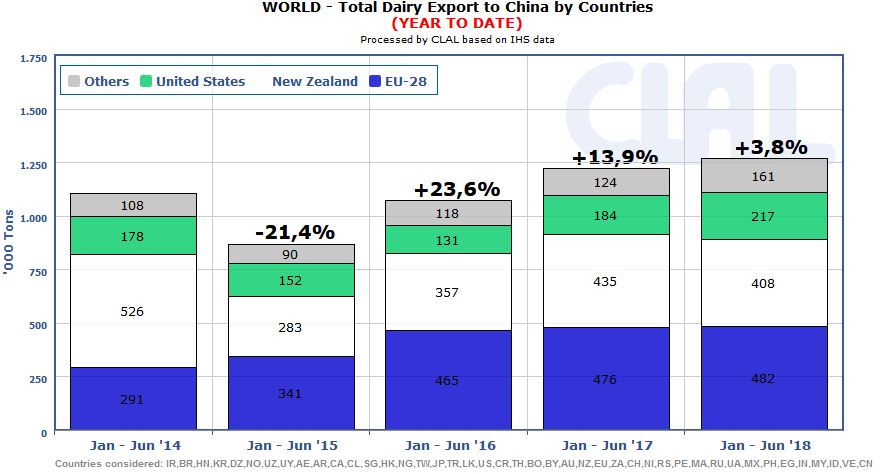 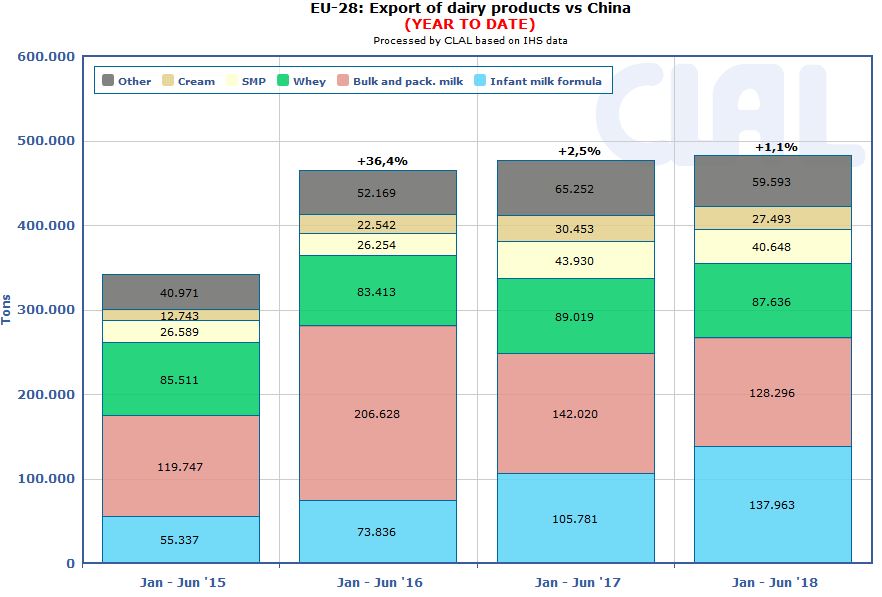