Argentina production is raised both for Corn and Soybean (respectively +1.0 Mio t and +0.5 Mio t). Corn production is increased also for Mexico and Serbia (+0.5 Mio t) while Soybean production is lowered for India (-0.5 Mio t), on reduced harvested area and yield. 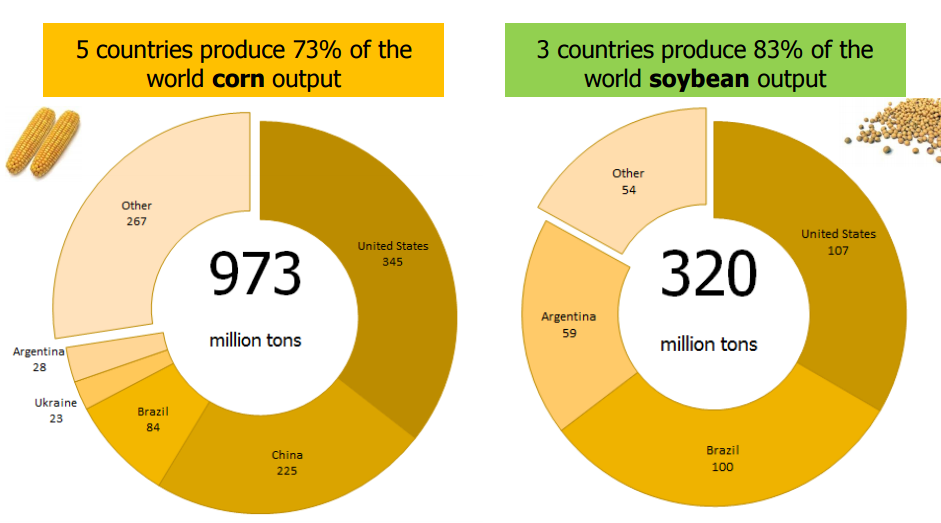