The monthly report of March 2014 released by the United States Department of Agriculture (World Agricultural Supply and Demand Estimates Report – WASDE) presents the estimates for the new season 2014-15. 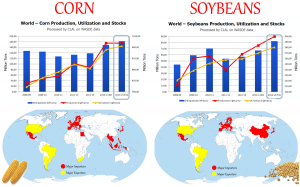