The exciting future for the Indian Dairy sector

The year 2017 has not been good in India, because of high milk prices and low rate of  milk products. Because of this, profit margins have been low. Now from June onwards, there has been reduction in milk price and we are entering into flush season from Sept/October 2017 and milk prices looks to be stable in future till April 2018.

Sharp fall in the international market prices of dairy products attributed to reduced demand from China and Russia and higher production by EU and New Zealand led to deep decline in exports  of SMP from India. 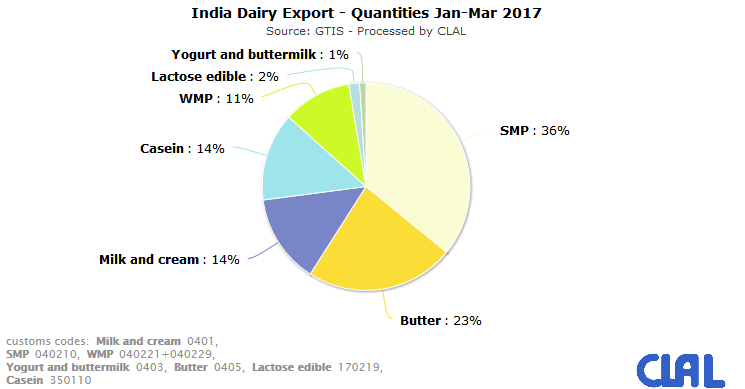 Dropped drastically to just 25000MT in fiscal 2015 year from over 125000MT the previous year.  In the international prices currently Butter prices have increased to level of about 5768 USD/MT but still the domestic prices of Butter/Ghee (Anhydrous Fat) are high in India and therefore no possibilities of export. India is big consumer of Butter/Ghee and therefore no surplus milk fat is available for export.

Current market of Dairy Sector is estimated at 7000 million euro’s  and growth of this sector is impressive at 700 million euro’s per year covering various products as indigenous products, value added products such as probiotics, prebiotics and fortifications. It would create more options and choice of consumers. Make at home products would see further conversion towards convenience driven formats.

The next decade would see the dairy sector emerge as one of the largest evolved segment with in food sector in India. 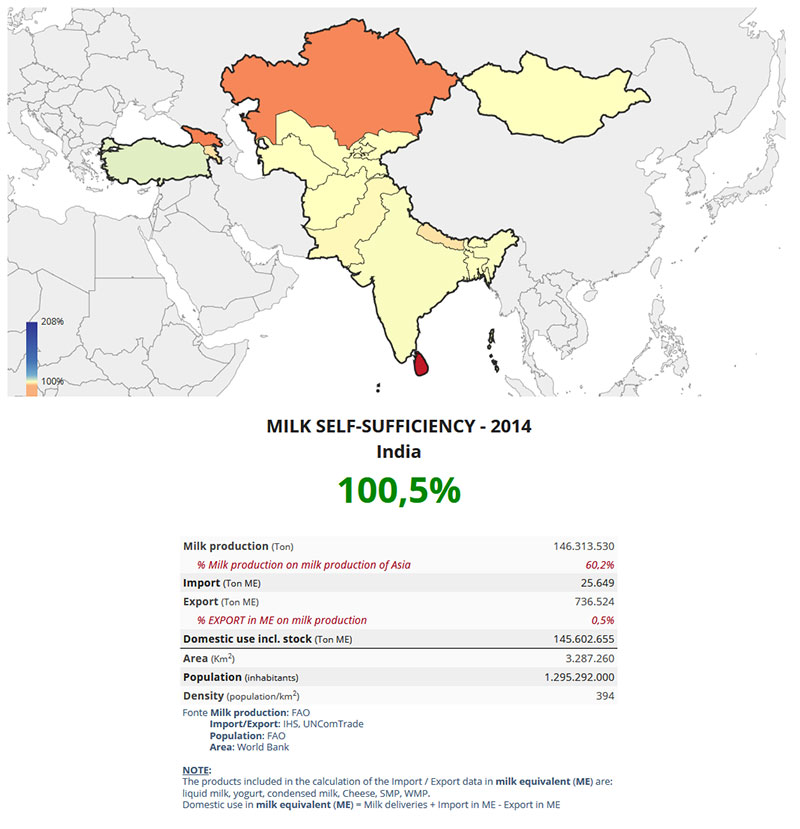 Dairy experts and operators, who cooperate with CLAL in the information to the whole dairy chain.