By CLAL Team June 26 2017 — No Comments ↓
Between January and May 2017, Chinese imports of milk equivalent (ME) increased by 53,000 tonnes. USA and EU market shares grew.
Recently, US signed a Memorandum of Understanding with Beijing to facilitate exports of more than 200 American companies. At the same time, European Commission has reached an agreement with China to protect 100 PDO and PGI products.
New Zealand decreases its export’s share in ME.

Chinese imports of bulk and packaged milk and WMP collapse. On the other hand, cheese and SMP imports grow; the SMP increase is probably linked to the lowest cost compared to the WMP (see chart).

The packaged milk decrease in imports and the higher local milk consumption (see chart) are likely to be attributed to the Chinese investments effect on food.

Cream positive trend continues, with over 30% average growth between January and May 2017. In May import accelerated strongly, around +90% on a trend basis.

Is this linked to the higher consumption of ice cream, spotted coffee or anything else? 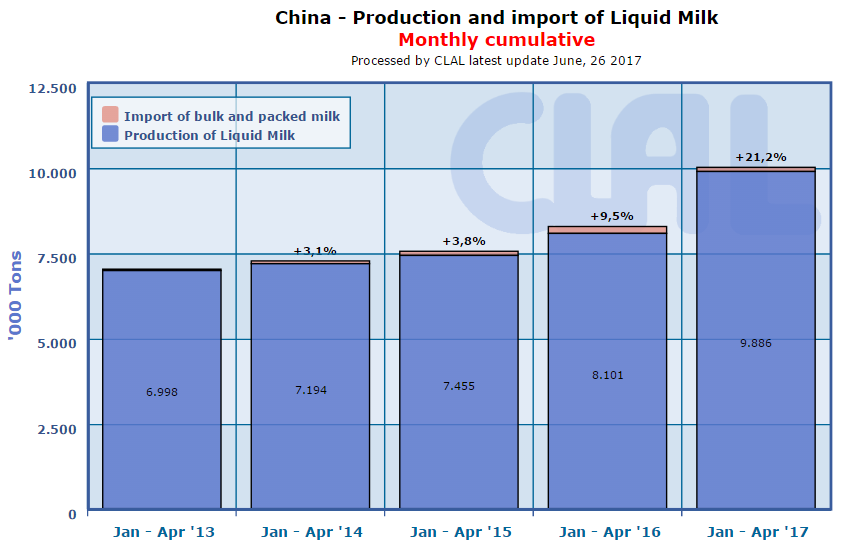 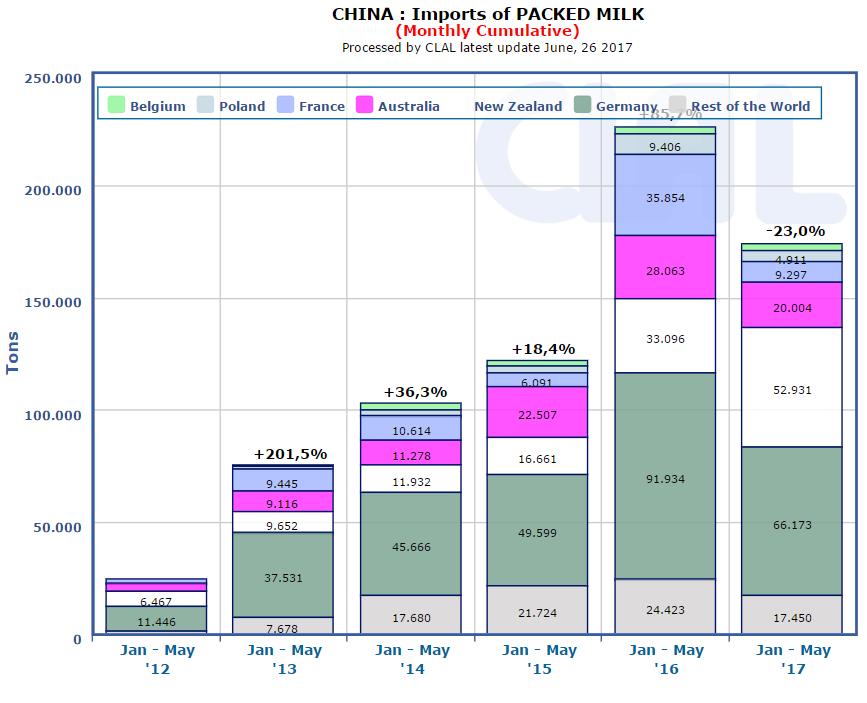 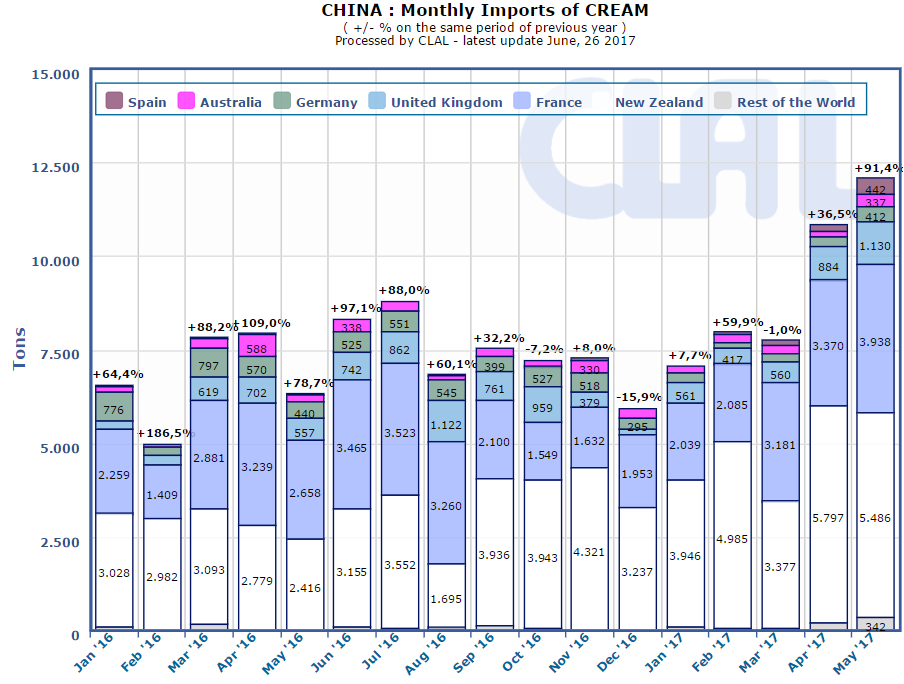