As January temperatures increase, hay demand has grown in the far south of Australia, due to light rainfall. However, Cyclone Joyce brought unprecedented rainfall across Western Australia, generally benefitting pastures there.

In many parts of New Zealand it has been pretty dry and the conditions are difficult for dairy producers. December milk production decreased by 2.6% compared to December 2016.

Fonterra has announced a venture with the Chinese e-commerce giant Alibaba for the sale of fresh milk in China.

The average prices of SMP, WMP, Butter and Cheddar have firmed.

The increase in WMP prices is welcomed in Oceania, being the major dairy product, therefore a significant factor in farm milk prices.

Butter prices tend to be highest in the near term. With Oceania prices below the range for EU butter, there could be more price strength in coming weeks. As expected, Cheddar prices also grew, due to a slight increase in buyer activity following the holiday weeks. 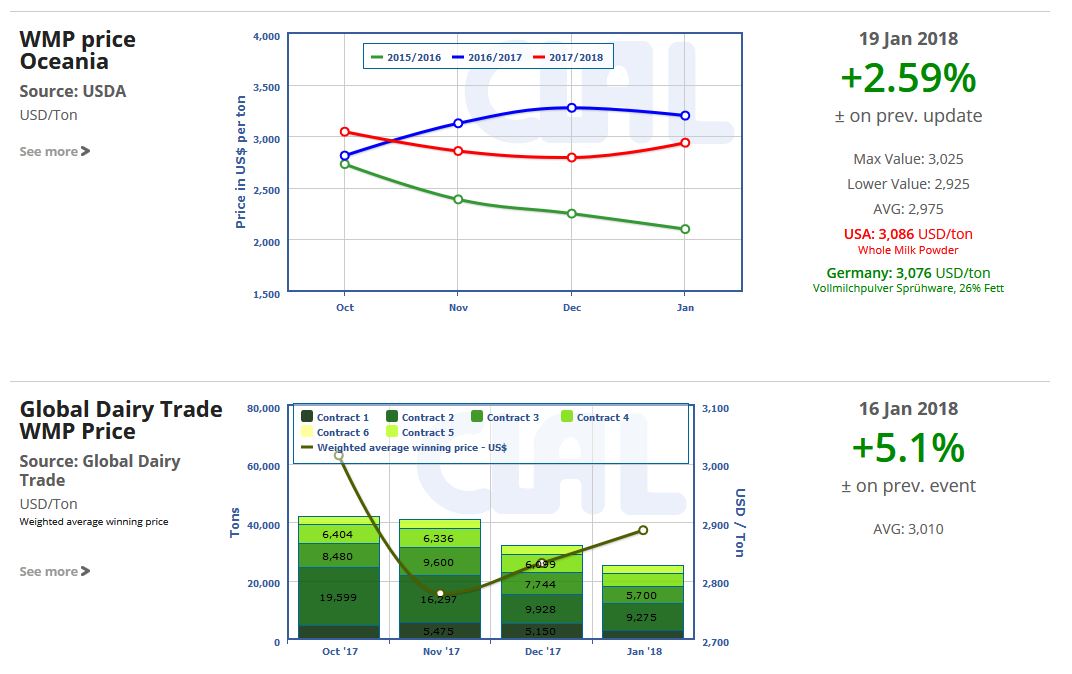