Milk production in Australia decreased by 10.6% in March 2019 y-o-y. On a cumulative basis, production recorded -6.7% in the first nine months of 2018-19 season. Some analysts are not terribly optimistic that producer margins will improve much in coming months. If so, that will be a negative factor impacting Australian milk production in the early stages of the next milk production season.

New Zealand milk production is falling rapidly toward the low point during June-July. Slowing economic growth in China has been said to be causing pessimistic demand factors. Lower demand from China may impact WMP and Whey sales by New Zealand and could lead to lower milk pay prices in the coming season.

Oceania Butter prices are slightly up, especially for short term needs. Most current production is going to fill contracts.

Oceania Cheese prices are steady to lower. Cheese manufacturing has slowed. Regular Buyers tend to be contracted and spot markets have light activity.

WMP prices are very slightly lower, due to the nature of a market fluctuation. General price stability is expected in coming weeks. 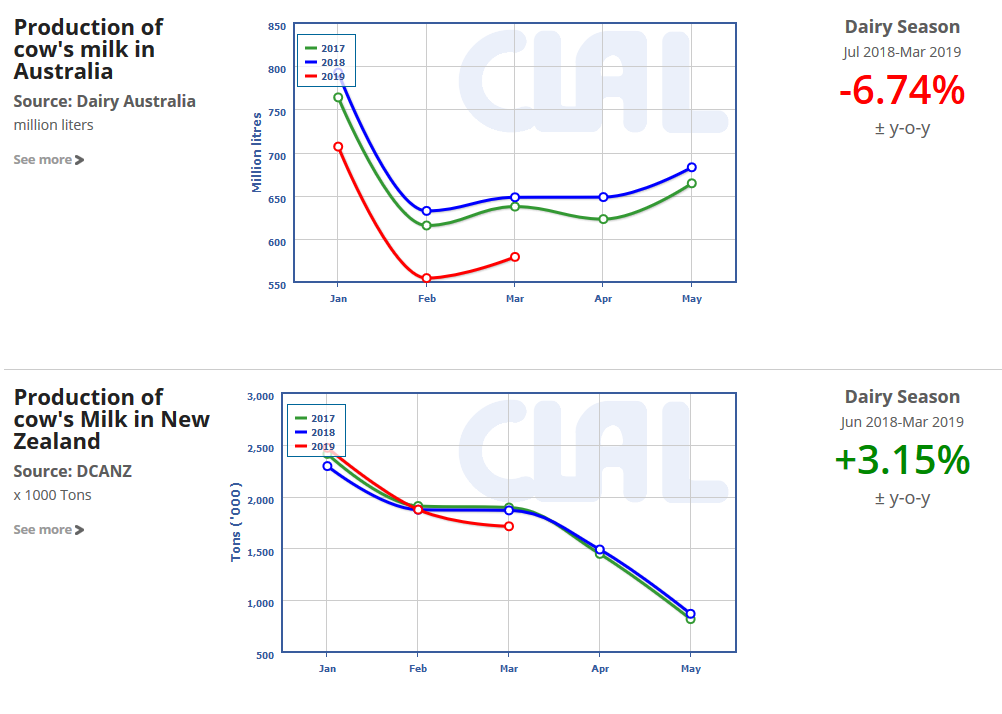