Home › Farming › MPP: the new safety net for the US milk producers

MPP: the new safety net for the US milk producers

The U.S. Department of Agriculture (USDA) formally announced enrollment for the new dairy Market Protection Programme (MPP). It’s a voluntary programme which provides financial assistance to the farmers when the difference between the price of milk and feed costs falls below the coverage level selected. Enrollment for 2014-2015 begins the 2nd of September and ends on the 28th of November. Participating farmers must remain in the program through 2018, pay a minimum $100 fee each year and insure their margins on a sliding scale by deciding annually both how much milk to cover (from 25% up to 90% of their production) and the level of margin to protect.

Basic coverage, at a margin of $4 per cwt (45.359 Kg), is at no cost and the farmer can decide a coverage up to $8 per cwt, in 50-cent increments. Premiums are established for five years and will be discounted by 25% in 2014 and 2015, for the basic annual farm production volumes up to 4 million pounds (1 pound=0.45359 Kg); premium rates are higher at production levels above this quantity.

The Program has been conceived to avoid collapse in milk price as in 2009, resulting in the exodus of milk producers. Despite the present US strong dairy prices and the relevant exports, it could only take a 1.5 – 2% surplus in milk supplies to have a collapse in milk prices. According to the advocates of the Program, the law was written in such a way speculators won’t try to overproduce milk and then have a public intervention bail them out.

All the US 46,000 milk producers are invited to participate in at least the basic level 4 million pounds of milk production at the cost of just $100 for the administrative fee.

The term of 90 days to signup is to inform and to educate producers of the new Program. In following years signups will run from 1st of July and end on 30th of September and producers will have time to make their decisions according to their specific risk profile. There are different options on paying the premiums with the first paying in full upon sign-up or through a monthly deduction from producer milk checks; the USDA will accommodate this reference.

The website of the National Milk Producers Federation contains relevant information for farmers, and will have an online calculator that will allow users to enter pricing and production data to help them select insurance coverage levels.

A web-based decision support tool can be found at www.fsa.usda.gov/mpptool to help dairy operators make key coverage decisions. Development of the online resource was led by the University of Illinois, in partnership with the USDA and the Program on Dairy Markets and Policy partners which include the Universities of Wisconsin, Minnesota, Ohio, Michigan, Pennsylvania and the Cornell University. The decision tool will include an interface that will allow dairy operations to self-select the milk and feed prices to determine how MPP may function to smooth dairy production margins. Five workshops to train the trainers will be organized across the US starting on Sept. 11 in Chicago. 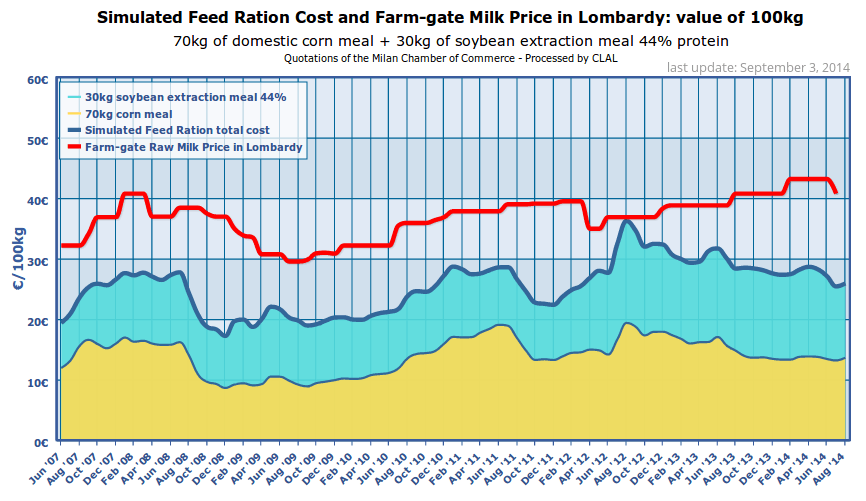