New Zealand’s July milk production is +4.6% from last year. Even if it is spring, it has been cool, with snow in some remote areas. However pastures are in good shape.

The New Zealand Parliament has passed a bill to restructure the dairy industry. One provision would allow cooperatives to refuse milk from producers who don’t meet environmental standards, animal welfare requirements or employment conditions.

Average quotations of dairy commodities in Oceania have been decreasing compared to four weeks ago, but strengthening compared to the prices of Butter and SMP two weeks ago.

There are concerns among some Butter buyers that strong export demand might cause Butter to become harder to source in coming months.

Some Australian manufacturers report that not much WMP is being made in Australia now because milk is being diverted to Butter and SMP, where returns are better. Even so, SMP output remains below ideal volumes.

Much price movement for Cheddar Cheese and WMP is not expected, at least not until final September and October production data becomes available. 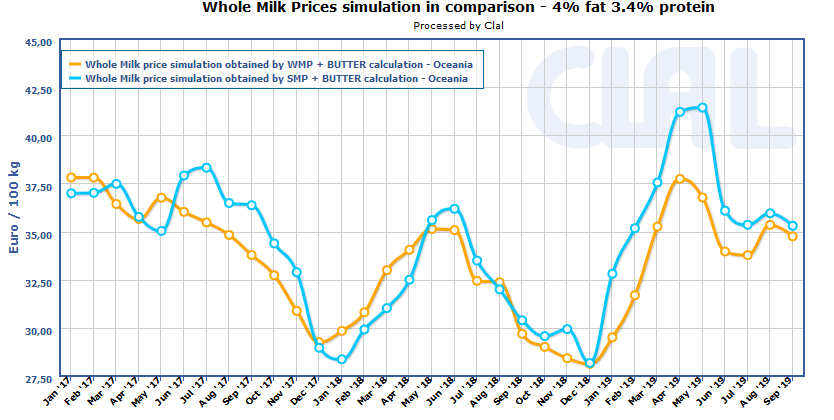