Soybean total use record a continuous increase and, given the lower expected production, ending stocks should reach 99.19 Mio Tons (-11.8%).

Brazil will surpass the United States as the largest producer of Soybeans in 2019-20, taking over the top ranking, with a share of 36% and a production of 123 Mio Tons (+ 5.1%), which also reflects the yield increase. 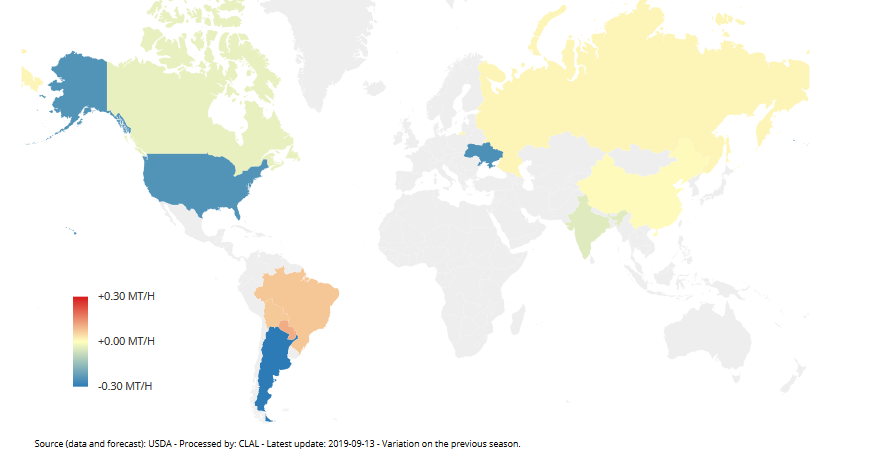 For 2018-19 Soybean exports for Brazil are lowered based on lower-than-expected shipments during the past few months. However, higher-than-expected exports by Argentina and the United States, particularly to China, are offsetting.

The weekly data show that, after a significant decrease in the first half of the season, US exports have started to recover since April, and in August they exceeded the levels of 2018. In the period January-July 2019 the United States, after the slowdown in 2018, increased Soybean export to China by + 33%. 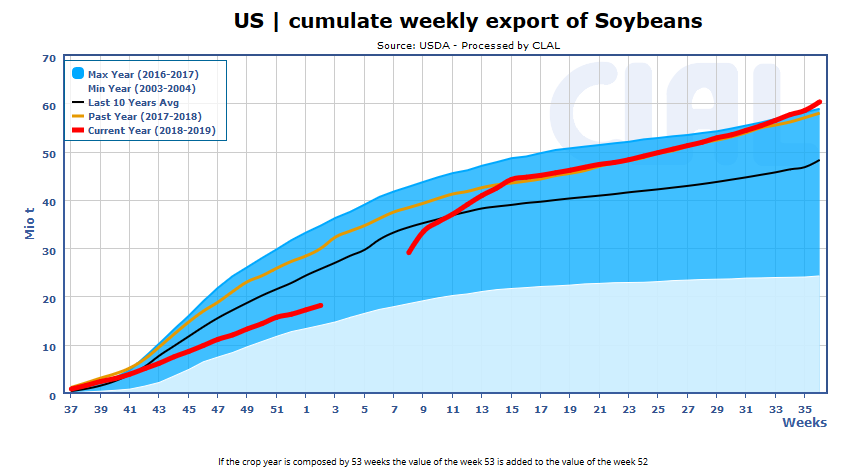 China, the main world Soybean importer, is expected to increase its imports in the new season: +2.4% compared to 2018-19 season.

In the first half of 2019, Italy increased Soybean imports +23.3%, compared to January-June 2018. The United States and Brazil are the main suppliers, more than offsetting the sharp decline in purchases from Canada.