A clear increase in demand from Australian consumers has been recorded in supermarkets, especially for Cheese, Butter, Fresh and UHT Milk.

To address impacts of COVID-19, the Australian Prime Minister has activated a plan to close or curtail service in many businesses. Consumers are increasing food supplies at home in response.

In New Zealand, milk production is looking fairly poor. A large-scale drought was declared across the entire North Island and part of the South Island.

Fonterra projects an increase of milk prices during this season at NZ$ 7 – $ 7.60, due to the lower milk production (-0.42%). Some other dairy observers in New Zealand forecast this season’s milk at $7 and for next season, $6.23.

The analysis of the impact of Covid-19 has moved from the issues with export in China, which is buying again dairy products from New Zealand, to problems of internal activity.

Sources in New Zealand’s dairy industry comment that essential services are allowed to operate, which includes dairy producers and dairy processors, but minimizing the working staff on site and encouraging working from home. Dairy products will still be able to be exported, but there may be some internal slowdown due to logistic issues. 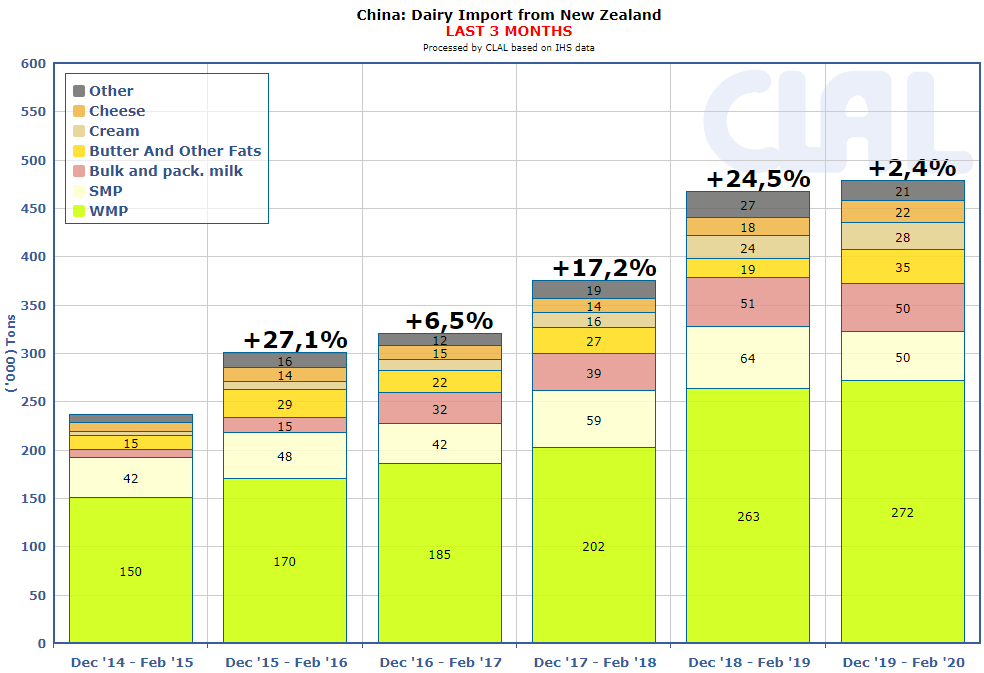 Oceania butter prices are higher. Despite Butter having a global market, some buyers have strong preference for New Zealand or Australian butter, and they are willingly to pay a reasonably higher price. This trend is confirmed by the last GDT event of April 7, which records a positive variation for Butter (+4.5%) and AMF (+0.5%).

Cheddar prices have adjusted higher, +0.2% at the last GDT event. The production is decreasing, while the buyers’ demand for the coming months is still good, leading to an increase in prices.

Prices for milk powders are steady or slightly higher, -0.8% for SMP and +2.1% for WMP at the last GDT event. An important factor that is supporting the market of milk powders is the recovery of export to South-East Asia and China.

Contrary to expectations, the GDT event of April 7 has recorded an increase of the average price with an overall variation of +1.2%, showing positive signs after four consecutive negative results. 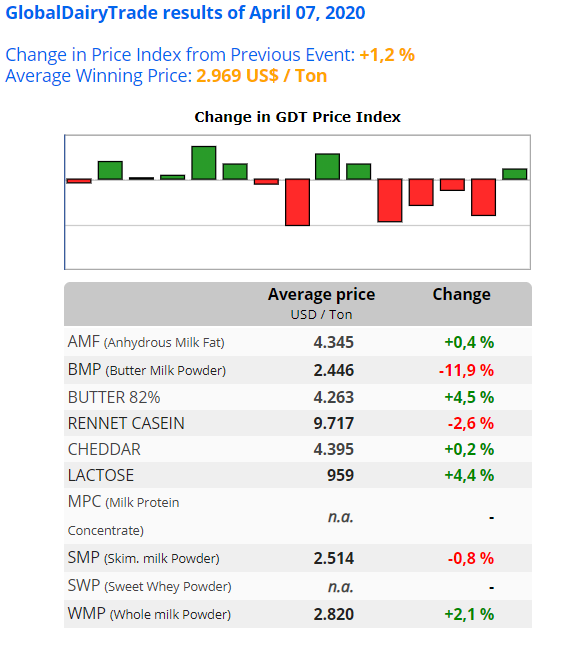