CHEDDAR CHEESE: price at the upper end of the range decreased; export demand remains fairly good with active interest coming from Southeast Asia and China; Australia’s available supplies for export have increased as domestic sales have slowed after the recent price increases.

SMP: prices moved higher; demand is mixed; supplies are readily available in both Australia and New Zealand; global SMP supplies are expected to increase in the coming weeks as milk production increases in the northern hemisphere.

WMP: prices increased substantially; the price increases over the past number of weeks have improved returns for WMP, and some additional milk flows have been diverted to expand production; demand is beginning to show some signs of slowing as some buyers with adequate supplies are willing to hold off purchases; some are of the opinion that the market might be at or near its high point.

New Zealand: manufacturers have adopted flexible production schedules for the various dairy commodities in order to capture the best returns. 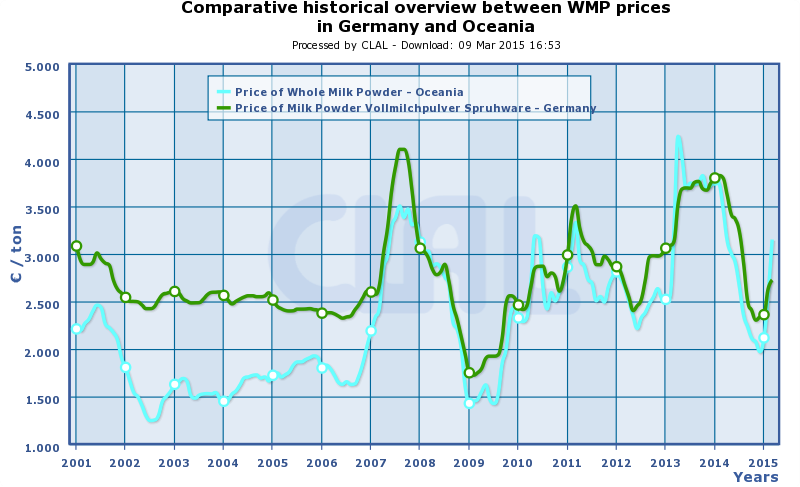