According to March’s WASDE Report, the global Corn supplies for 2014-15 are projected at 989.66 Mio t, slightly lower from February projections.

Corn production in the United States and in Brazil, the largest Exporters, is unchanged. South Africa Corn output is lowered 2 Mio t as February dryness and periodic heat coincided with pollination. Corn production is also lowered for Belarus, due to lower harvested area. Argentina Corn production is expected to increase.

Soybean supplies in the Major Exporters (United States, Brazil, Argentina and Paraguay) are projected unchanged from February estimates and higher than the previous season. 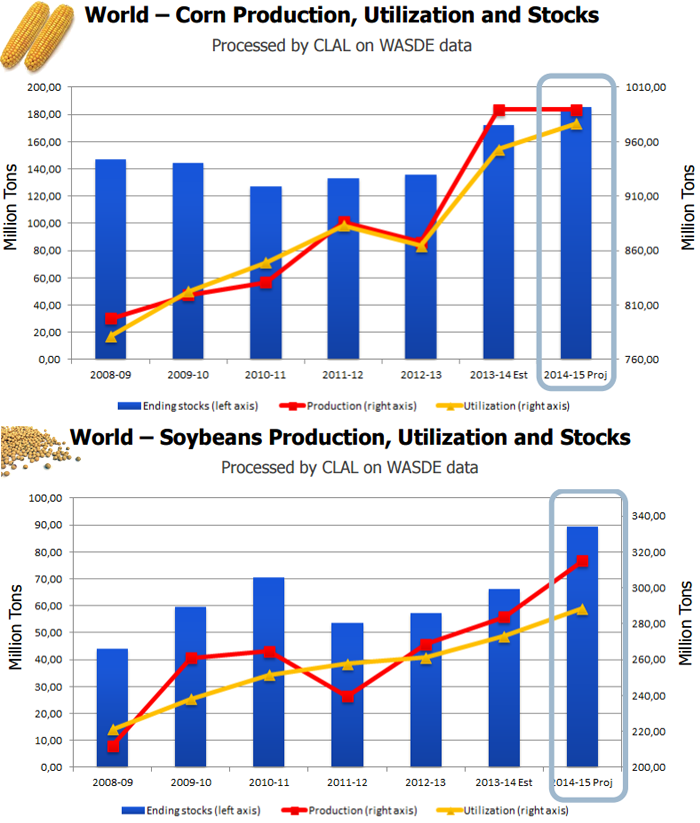