NEW ZEALAND: informations about production of milk and weather are not available for this period.

SMP: near term pricing increased, while prices through the second half of Q2 moved lower; supplies are readily available throughout Oceania, and global supplies are expected to increase in the coming weeks; export demand is fairly good, but buyers are more sensitive to pricing.

WMP: prices move substantially lower, while competition with Europe increases; demand has softened as a number of major buyers have covered a majority of their needs through Q3; supplies are readily available via New Zealand, while the majority of stocks in Australian are committed. 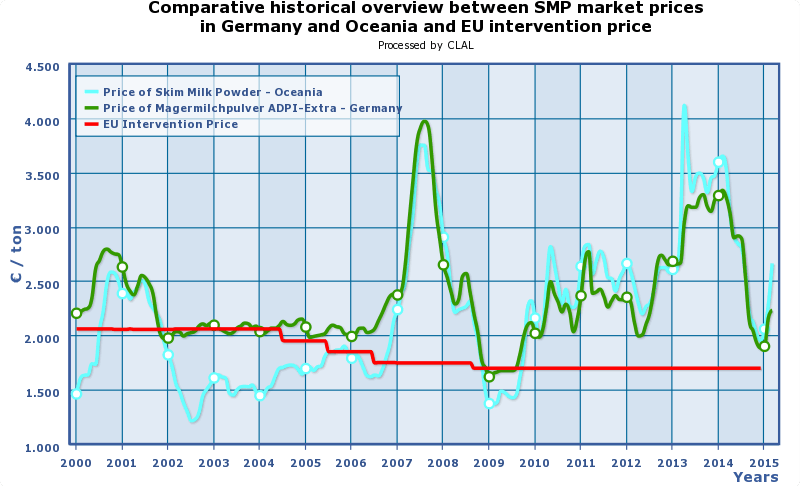 CLAL.it – Prices of SMP in Germany and Oceania, and EU intervention price