Milk production in Australia in the period June – September 2020 increased by 2.0% compared to the same period of the previous year. Positive variations have been recorded also for fat (+4.3%) and protein (+0.1%) contents.

For the coming months, dairy operators expect milk production levels similar to the previous year, due to a lower quality of pastures.

In Oceania, the price of Butter has increased slightly. Manufacturers are pleased with returns and readily seek to maintain production schedules, even at the expense of WMP and Cheddar Cheese.

In September, Australian Butter exports increased by 120% compared to September 2019, the main destinations were China, Turkey and Thailand. The export of Butter from New Zealand was also positive, recording a variation of +8%. 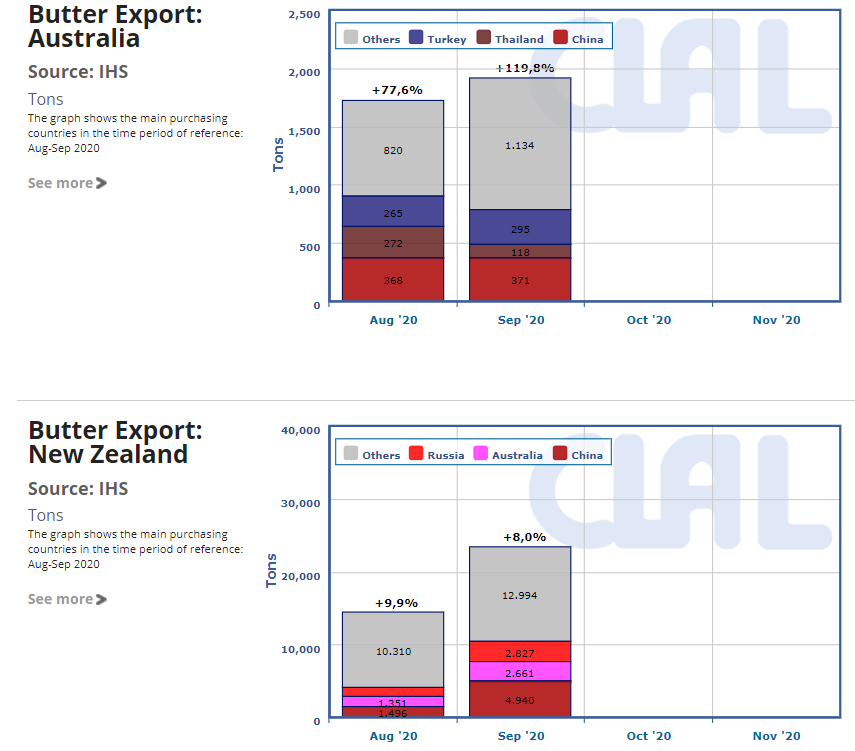 The price of Cheddar Cheese decreased and it is expected to remain generally steady for the coming weeks. Purchases are slowing down, while the available milk is mainly used for the production of Butter and Powders.

Milk powders prices increased slightly, driven by exports. SMP production is profitable and some processing industries are looking for more milk to increase the supply.

In September, Australian SMP exports increased by +102% compared to September 2019. The main destinations were China, Indonesia and Thailand.