BUTTER (82%): prices are stable. Processors in New Zealand are directing some milk away from butter toward WMP, as they are aware that butter prices in Western Europe are higher still. As a result, butter stocks are now in shorter supply. Now milk is shifting slightly back to SMP and butter production.

CHEDDAR CHEESE: prices are stable. Cheese manufacturers in New Zealand point out that even with lower milk production in New Zealand, cheese exports swam against the tide and have been stronger.

SMP: prices unchanged. In New Zealand, milk is shifting slightly from WMP back to SMP and butter production due to perceptions of profitability.

January is a summer vacation month for many Australians. This, combined with lower milk production, kept market activity much slower. 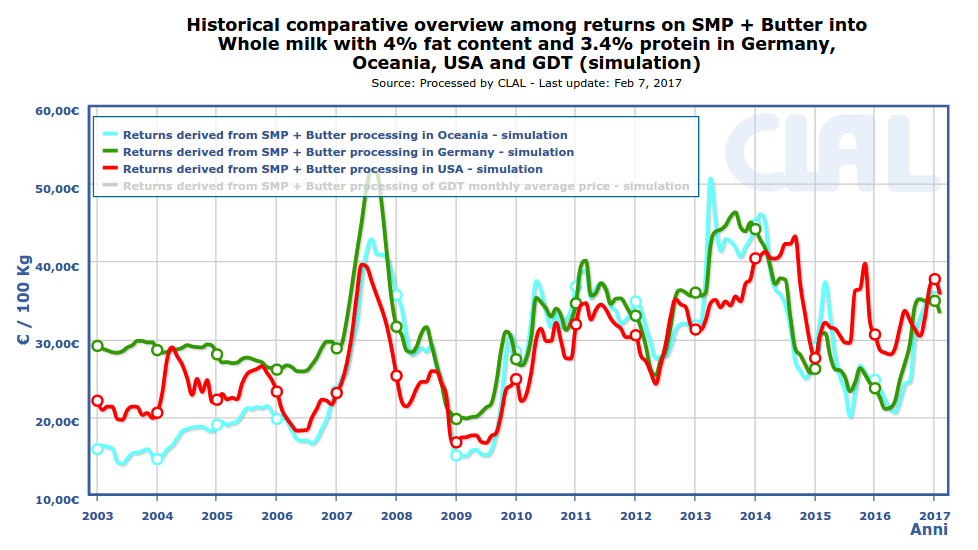