Global Corn production for 2018-19 is forecast at 1,099.9 Mio Tons, +0.1% from November projections, with increases for Ukraine (record production forecast at 35 Mio Tons), and for the European Union, especially for Romania.

U.S. most recent data on ethanol production show a decrease, therefore lower Corn used for ethanol is expected. With no production and export changes, ending stocks are projected at 45.2 Mio Tons, higher from last month.

Large competitive supplies in Brazil are expected to boost the export: +5.2% compared to previous estimates,  +6.3% compared to the 2017-18 season. As a result, exports from Argentina, Canada and Paraguay decreased and their stocks increased.

U.S. Soybean ending stock are projected at a record 26 Mio Tons, with production and export unchanged. 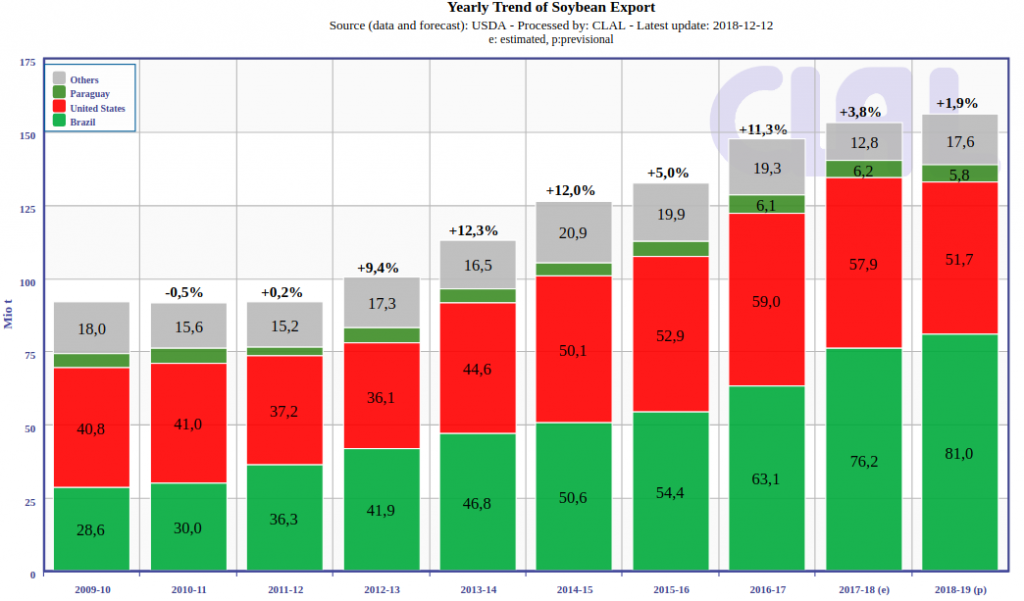