Weather and Water: the factors behind the milk production in Australia [News Oceania n°18/2019]

Milk production in Australia depends on weather and water. There is some evidence of cows being moved from northern regions to southern regions with less need for irrigation. Milk pay prices are at a level that seems to be encouraging some producers in areas with less need to purchase water and feed.

August 2019 New Zealand milk production was +0.8% from August 2018, and +2.2% on a Milk Solids basis. Pasture conditions are slightly better than average at the moment, so most regions are well set up to head into peak milk production.

The prices of dairy commodities in Oceania increased, with the exception of Cheddar Cheese, for which production is higher than expected.

Buyer interest is very active for WMP, SMP and Butter

Oceania Butter prices are higher and buying interest is diverse, for near term deliveries as well as through 2019 and into 2020.

Also prices for SMP are higher. Manufacturing volumes remain lower than they are expected to be in coming months. Furthermore, some Buyers have specific preferences for sourcing in Oceania.

WMP prices are stronger and are expected to remain in a generally steady range. Buyers are making deals and manufacturers are happy to close deals. 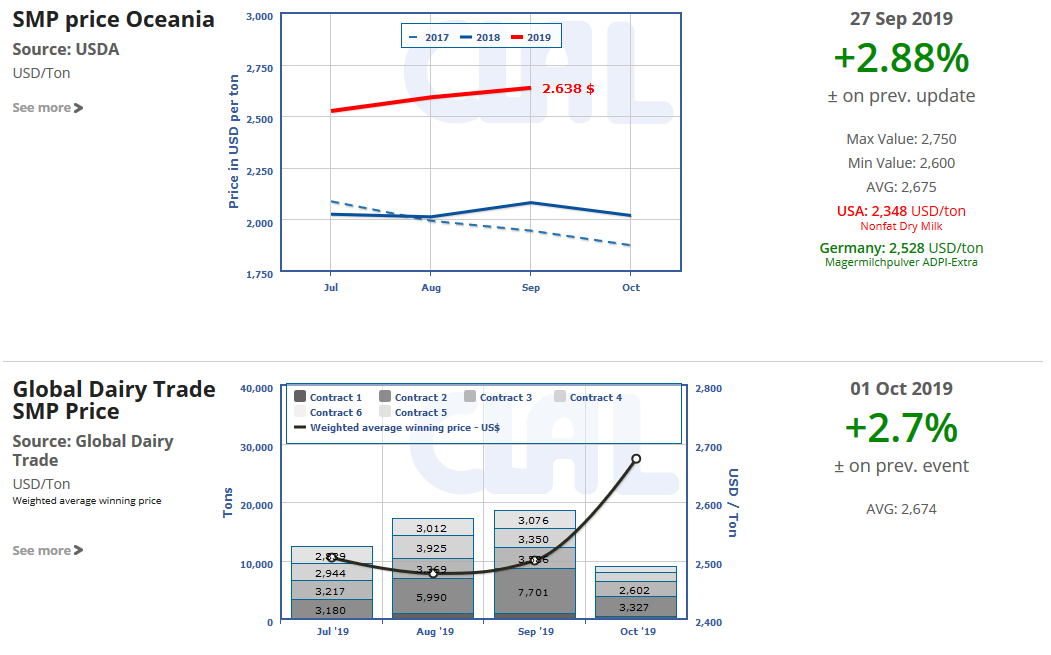