Will Chinese demand continue to fuel prices in Oceania? [The Austral - March 2021]

In Australia, recent rainfall could lead to an improvement in pasture growth, supporting milk production and reducing the need to supplement feed.

Australian export of packaged milk in the year 2020 increased by +6.1%, this increase is confirmed in January 2021, with a variation of +36.3%. The main destinations are China, Singapore and Malaysia. 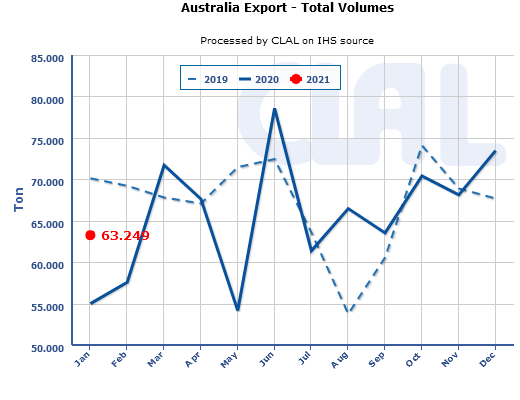 In Oceania there is a lower availability of milk for processing companies, due to seasonality. Furthermore, in the first weeks of March, New Zealand exports to North Asia were particularly active.

Consequently, the prices of the dairy products recorded significant increases, especially for Butter (+8.9%) and WMP (+11.9%), and are higher than European prices. 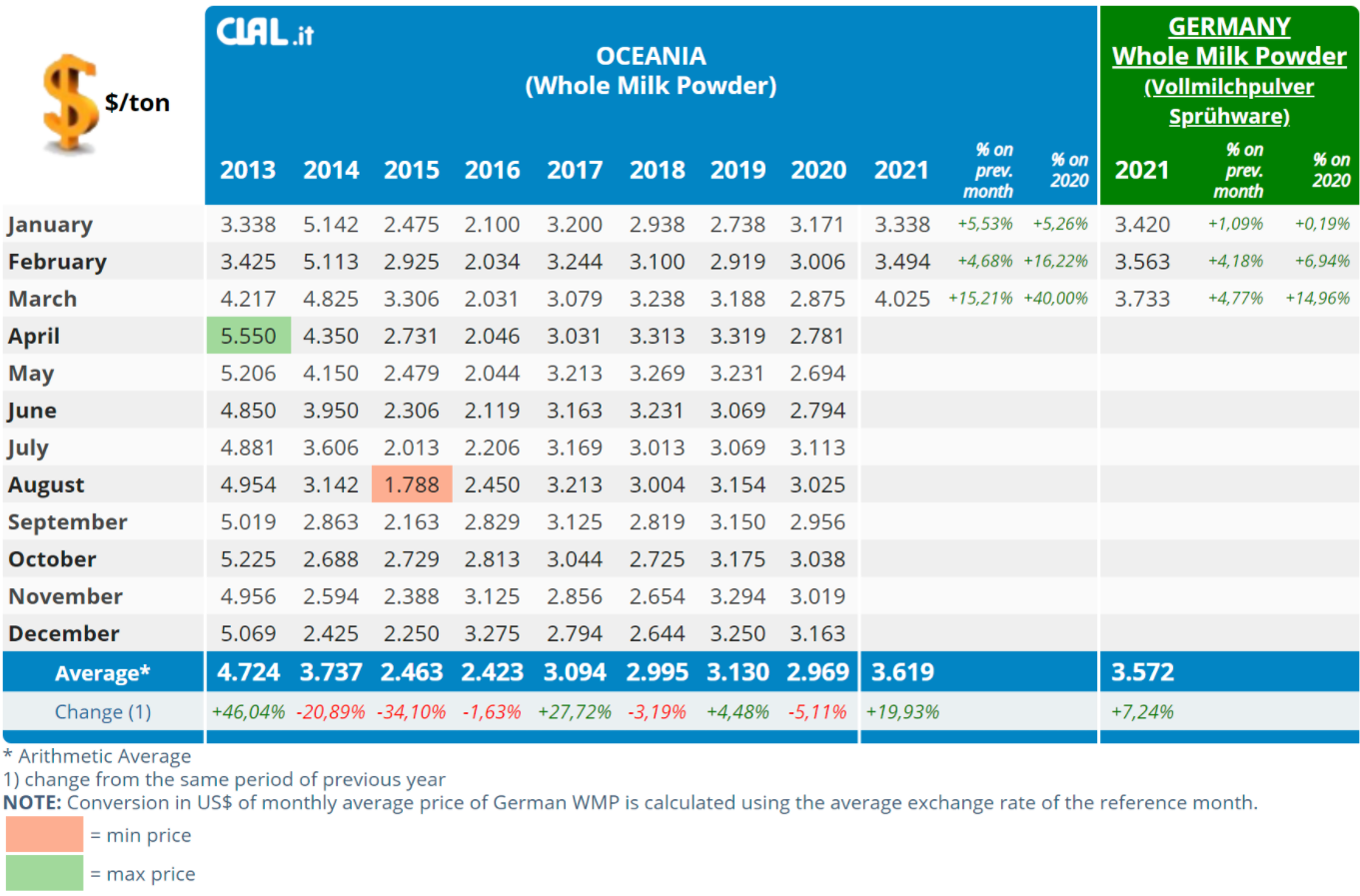 CLAL.it – WMP prices in Oceania and in Germany

Strong Chinese demand therefore contributes to strengthening prices. However, it is not known what the level of Chinese stocks is, nor if China intends to slow down purchases. 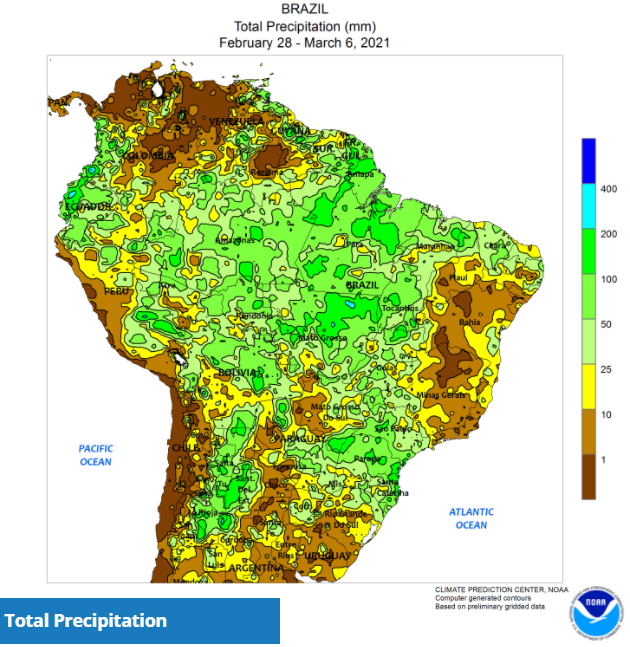 In South America, the beginning of March was characterized by rain showers which contributed to a better pasture growth. Some dairy operators have reported slight increases in milk production in some areas of Southern Brazil, Argentina and Uruguay.

Stocks of drinking milk are decreasing due to strong retail demand. Butterfat demands are healthy in the cream-based dairy markets, especially from ice cream/frozen dessert manufacturers.

Brazil’s import of milk powders continues to increase at a rapid pace. In the period January – February it recorded variations of +94.7% for the WMP and +101.6% for the SMP, compared to the same period of the previous year.

The reduced availability of milk has favoured an increase in the prices of milk powders, especially for the WMP.